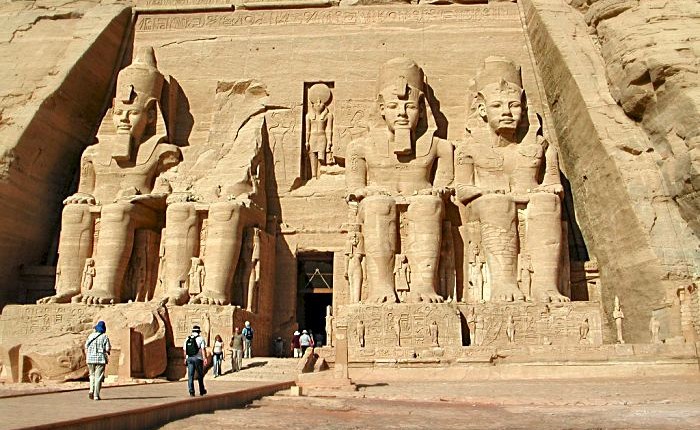 The Abu Simbel temples in Aswan received 11,000 visitors in January, with an increase of 57% compared to the same period last year.

Hossam Aboud, director of Abu Simbel Antiquities, said that the archaeological area received visitors from various nationalities amounting to 11,000 visitors compared to about 7,000 in January 2016.

He added that most of the visitors of the archaeological area and the province in general are from China, as a result of the protocols of cooperation signed recently between Egypt and China.

The total hotel capacity of the South Valley area is estimated at about 21,000 rooms, of which 17,000 rooms are in floating hotels, mostly in Luxor and Aswan.

Aboud expects an increase in tourist traffic in Aswan in February, being the peak of the touristic season coinciding with the European vacations.

He added that the Ministry of Antiquities is preparing in collaboration with the ministries of tourism, culture, youth and sports, and health, as well as the governorate, to celebrate the bi-annual sun festival at Abu Simbel on 21 February, which is expected to attract more tourists this month.

The Ministry of Tourism has allocated 25% of the promotional campaign of Egyptian touristic destinations to Luxor and Aswan in order to increase the tourist inflow in the current winter season.

An official in the Egyptian Chamber of Hotels said that the average hotel in Aswan reached 50-60% occupancy in January, benefiting from the domestic tourism during the mid-academic year vacation.

The official expected that the tourist flow from western European countries, as well as south and east Asian countries, will increase during the next two months to visit Luxor and Aswan, pointing out that they reduced entrance fees in the archaeological areas to attract more visitors.

He noted that the expected increase in tourist flow during the next two months will give hope for tourism companies to maintain this increase during the whole year, especially as Russian officials often visited Egypt recently to ensure security measures at Egyptian airports are adequate.

He continued that the recent increase in hotel occupancy will encourage the floating hotels in Luxor and Aswan to reopen after being stalled for more than five years in a row.

The tourist traffic in Egypt declined to 5.3 million tourists in 2016 compared to 9.3 million in 2015, according to a statement by the Minister of Tourism Yehia Rashed.