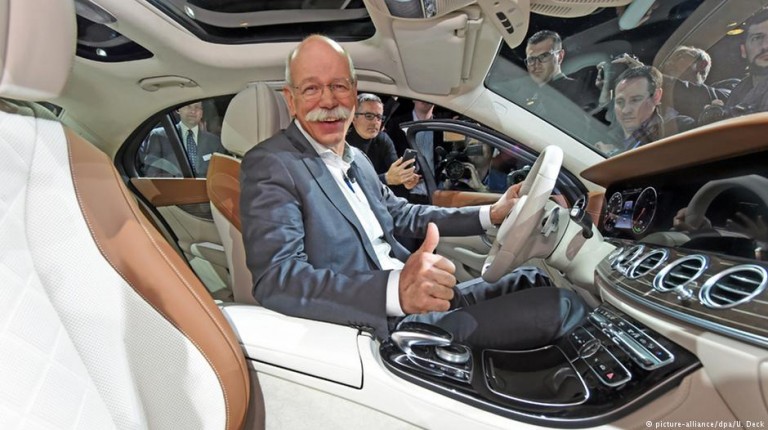 The German car group behind the Mercedes-Benz and Smart brands aims to stay in the fast lane of carmaking, after its global sales sped to a new company record last year and despite some headwinds this year.Strong performance in its cars and vans divisions lifted the 2016 profit at the Stuttgart, Germany-based premium carmaker by one percent to 8.8 billion euros ($8.1 billion).

Last year, Daimler group sold 2.2 million vehicles, overtaking its German rival BMW as the world’s largest luxury carmaker and recovering a position it lost in 2005. But Daimler also suffered a 12-percent drop in its trucks unit where sales plunged to 33.2 billion euros.

Nevertheless, Daimler chief executive Dieter Zetsche had not much to complain about the result. “In 2016, Daimler has set new records for unit sales, revenue and earnings,” he said in a statement released Thursday.

Looking ahead, the carmaker was confident to be able to “improve on these record results once again,” said chief financial officer Bodo Uebber.

The firm aims to book a slight increase in revenues and operating profit in 2017, reflecting a “path of stable growth.” In addition, it was planning to investing heavily in future technologies by boosting research and development spending.

Daimler announced it would keep its dividend unchanged from 2015’s figure, at 3.25 euros per share. The level of its employee bonuses would also shrink, with the maximum level set at 5,400 euros for 2016 compared with the previous year’s 5,650.