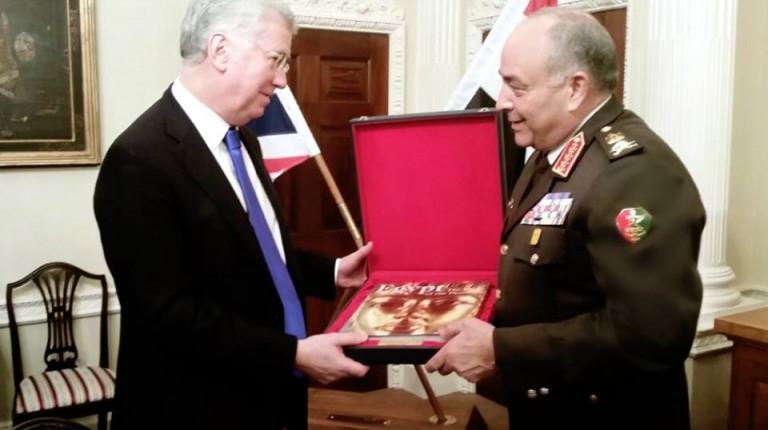 Egyptian army Chief of Staff Mahmoud Hegazy met on Thursday with the British defence minister Michael Fallon, and the British army chief of staff Stewart Patch. The meeting discussed several issues related to the war against terrorism and restoring stability in the Middle East, according to a statement released by the Egyptian army’s spokesperson Tamer El-Refai.

On Tuesday, Hegazy headed to London on an official visit to hold important talks with senior officials of the British armed forces, according to El-Refai.

The meeting also touched on the possibility of increasing bilateral cooperation between Egypt and the UK. Hegazy also discussed Egypts efforts in ending the Libyan crisis.

According to El-Refai’s statement, the British defence minister said he was eager to foster deeper military relations with Egypt, adding that he considered Egypt to be the “safety valve” in the Middle East region.

The meeting reflected the convergence between Egypt and the UK in numerous cases related to international and regional developments and the UK’s support of Egypt’s strategic role in the Middle East region, the statement added.