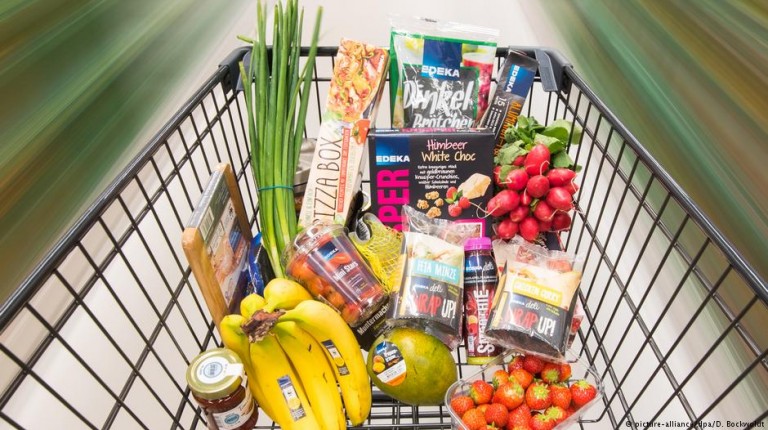 Is buying something with the click of a mouse worse for the planet than picking it up off the shelf and taking it home yourself? And if it is – would it change the way you shopped?Would you avoid shopping online if you thought that would help the environment? That’s what Germany’s environment minister Barbara Hendricks does. She recently told German newspaper Bild am Sonntag that she refuses to buy anything over the internet because it results in too much packaging waste. But is buying online really more damaging for the environment than heading into a bricks-and-mortar shop?

Hendricks told the newspaper: “Ordering goods over the internet is a big problem regarding rubbish. Also, in some cities nowadays, more and more food is delivered by ordering online. There are also increasing numbers of single-person households. That means that more ready meals and smaller portions are being bought. That leads to a lot of packaging waste.”

Shopping online in many countries around the globe is growing fast – in the US, market analysts have predicted that between 2013 and 2018, online grocery sales alone will grow annually at an average of 21.1 per cent, according to Packaging World Magazine. Offline grocery sales are expected to rise by a mere 3.1 per cent on average annually during the same period.

But while consumers may complain about their online-ordered products arriving wrapped in excessive packaging, they don’t want their goods to reach them damaged, either.

Some businesses are trying to minimize the environmental footprint by using recyclable materials in their packaging. For instance, Ecovative’s mushroom-based packaging made from mycelium – the root-like structure of mushrooms – is biodegradable.

Others, including Amazon, have started using new box-making technology that enables them to customize packaging based on the exact size of the product being shipped, helping reduce overpackaging.

Professor Gerrit Heinemann, head of the eWeb Research Center at the Hochschule Niederrhein University of Applied Sciences, told DW that while studies show that both online and offline shopping are similar in how eco-friendly they are, they showed that buying over the internet has the edge. He explained: “With online shopping, the packaging is more environmentally-friendly than the plastic bags you have in shops.”

Transport also has to be factored in when trying to weigh up online and offline shopping’s green credentials. The carbon footprint generated while shopping can depend a lot on where someone lives, what method of transport is used and how close the nearest store is. A shopper in the bike-friendly Netherlands heading to a nearby store will likely yield lower carbon emissions per person than a car-driver travelling half-an-hour to a store in the USA’s midwest, where people rely more on their cars.

Also, whether you go shopping alone or with others, or buy one item or several can also affect the carbon footprint. A study by the Massachusetts Institute of Technology in 2013 found that the further away someone lived from a store and the less efficient the method of transport, then the more eco-friendly it would be to buy online. The paper found that offline shoppers have a carbon footprint almost twice that of online shoppers who never go inside a physical store.

Traditional shoppers may make several trips to the store to find out more about the product, compare prices, and finally buy the product, whereas online shoppers can do all of this without leaving the comfort of their homes.

But carbon can be added onto online purchases in other ways – for instance, picking up items after a failed delivery or from a click-and-collect point, or returning unwanted items.

“Showrooming” – trying out products in person at a bricks-and-mortar store before buying online – stands out as being a particularly environmentally-unfriendly way of shopping.

What can consumers and companies do?

Both online and offline shopping can be done in eco-friendlier ways. For buying on the internet, consumers should avoid next-day or same-day delivery, and where an eco-friendly packaging option exists, plump for it wherever possible.

If consumers need to visit a physical store, then coordinating shopping trips with other errands, buying in bulk rather just a few items and doing the trip with others will help. Cycling or walking to the nearest store is of course going to be better for the environment than driving to a shop just for a carton of milk – and if a car is used, then buying a lot of stuff at one time will be better than buying single items from an e-retailer.

For their part, bricks-and-mortar stores could provide more information online so that customers make better-informed purchase decisions, and could also encourage customers to pick up their online orders at stores located in dense urban areas.

Professor Heinemann told DW that improving efficiency on the so-called “last mile”– the point of delivery to the household – could boost online shopping’s green credentials.

“The question is, why do we have so many delivery services, such as DHL, UPS etc, which all deliver small amounts, rather than bundling them?” he said. “Amazon is already preparing hubs – they have just announced they will build their own airport, so they will take over their own deliveries and will be able to bundle them. In California, there are already a lot of pick-up stations where you can pick up food. In universities you can pick up books from Amazon.”

“The biggest part of retail is food, and the average purchase in Germany is only 11 euro,” he told DW, saying that if people bought double as much each time they went shopping, “it would mean 50 per cent less drives to the store and that would have the biggest impact on the environment.”

But ultimately, rather than impulse-buying, thinking about whether you really need the product at all could prove the most environmentally-friendly step of all.

‘Tis the season to be jolly

Germany hunts for attacker after IS claims truck rampage