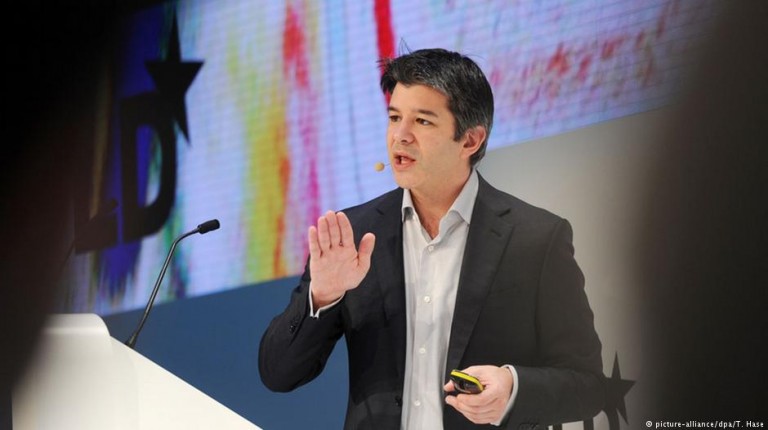 After a barrage of criticism from staff about Donald Trump’s immigration policies, Uber chief executive Travis Kalanick has stepped down from his position on a team of business advisors to the new US president.In a note to employees on Thursday, Kalanick said he had spoken with Trump about his executive order banning immigration from seven Muslim-majority countries, and told the US president that he would leave his economic council.

“Joining the group was not meant to be an endorsement of the President or his agenda but unfortunately it has been misinterpreted to be exactly that,” Kalanick said in the statement.

Uber is one of several US technology firms which have voiced their concern about the impact of the immigration ban on its workforce. The company said it had set up a $3-million (2.78- million-euro) legal fund to help those affected, mainly Uber drivers.

Kalanick’s withdrawal also came after Uber had defied a taxi strike at JFK International Airport last weekend held in protest against the order. The company removed surge pricing – the mechanism by which prices go up on the service when demand is high – presumably in order to garner additional business.

Kalanick later said his involvement in the council was misinterpreted by the public. “The implicit assumption that Uber (or I) was somehow endorsing the Administration’s agenda has created a perception-reality gap between who people think we are, and who we actually are.”

As a result, members of the Independent Drivers Guild, representing Uber drivers, called for Kalanick to resign from Trump’s advisory council. They have now endorsed his move.

“This is an important show of solidarity with the immigrant drivers who helped build Uber and number over 40,000 in New York City alone,” said the group’s founder, Jim Conigliaro. “We are heartened that Uber has listened to the drivers and the community on this important issue that is so integral to the promise of the American dream,” he added.

Kalanick isn’t the only business leader advising Trump who has spoken out against the immigration ban. Tesla CEO Elon Musk called the ban “not the best way to address the country’s challenges.”

However, Musk said he would attend the next meeting of the council scheduled for Friday. “Advisory councils simply provide advice and attending does not mean that I agree with actions by the Administration,” he said in a tweet.

“I and others will express our objections to the recent executive order on immigration and offer suggestions for changes to the policy,” he added.

Other companies involved in the panel include IBM and General Motors.