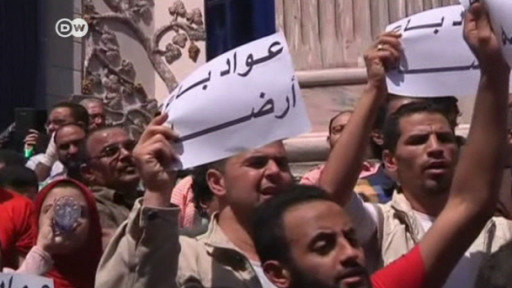 The Sheban El-Qanater Court acquitted 12 lawyers that were accused of unlicensed protesting and publishing false information in a court session on Saturday.

The lawyers faced these accusations after arranging a rally in front of their syndicate in the Qaliubiya governorate against the Egyptian-Saudi maritime demarcation, known in the media as ”Red Sea islands” case, that sought to transfer the sovereignty of the Tiran and Sanafir islands to Saudi Arabia.

The deal was annulled by the Administrative Court. This verdict had confirmed Egyptian sovereignty over the islands of Tiran and Sanafir.

This group adds to the list of those detained in the “Red Sea islands” case. All detainees were also charged with unlicensed protesting in accordance with the Protest Law, and with spreading false information.

The lawyers were among more than 250 protesters that faced similar accusations and who had been arrested after protesting against the agreement from April 2016.