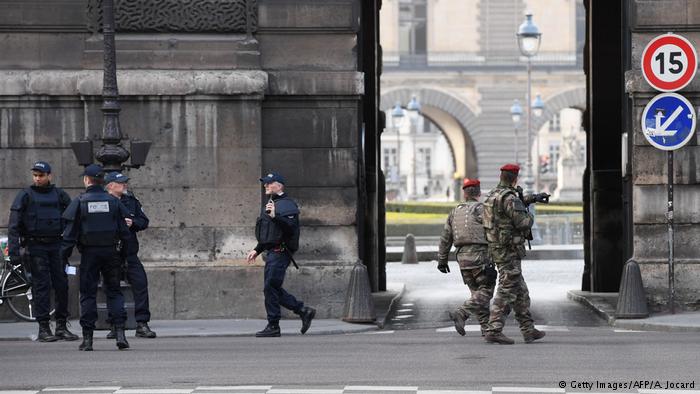 The Ministry of Foreign Affairs issued a statement on Saturday, through which it expressed Egypt’s condemnation of the attack that took place on Friday inside the French capital of Paris. The statement asserted Egypt’s support of France in countering terrorism.

According to the statement issued on the Ministry of Foreign Affairs’ Facebook page, the ministry asked the international community to intensify its efforts in facing the phenomenon of terrorism that is targeting the stability and security of nations.

“Egypt’s nation and government are supporting the French people and government in facing terrorism, following the terrorist attack executed by a man who carried a knife and targeted security personnel in front of the Louvre museum,” the statement read.

Similarly, the Egyptian community in France also condemned the aforementioned attack in a statement issued on Friday and described it as ‘black terrorism’, adding that Islam has no relation with such incidents.

Moreover, the Egyptian community in France’s statement noted that they, ‘Egyptians in France’, are part of the French community, saying that they declare their solidarity with the French police authorities.

“Egyptians in France are part of the French community, we all declare our solidarity with the French state’s institutions, we all will work to counter terrorism and keep our second country safe,” the statement read.

On Friday afternoon, a French solider shot and severely injured a man who tried to attack him with a knife outside the world famous Louvre Museum in Paris. Following the attack, several French media outlets said that the attacker is believed to be an Egyptian national.

No official declaration from the Egyptian authorities was released regarding the questions raised about whether the attacker is Egyptian or not. However, several local Egyptian media outlets quoted the father of the purported attacker, stating the attacker’s name is Abdullah Reda El-Hemami.

Paris police chief Michel Cadot said that the attacker yelled “Allahu Akbar,” Arabic for ‘God is great,’ before assailing the soldier, who was slightly injured.  The soldier fired five rounds at the man, who was severely injured.

My son left the hospital, taken in by police: father of Louvre attacker

Cultural life in Paris grinds to a halt after attacks