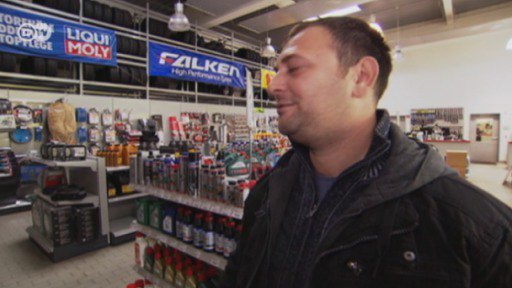 “I can, we can defeat cancer” is this year’s theme on World Cancer Day. In many African countries there is still a lack of awareness and treatment methods, but the number of people affected is on the rise.For some people, World Cancer Day is just a day that comes and goes. Our social media feeds fill up with hashtags and colorful ribbons but many of us are still far removed from the severity of the disease.

The World Health Organization (WHO) estimates 8.2 million people die annually of cancer and the numbers are expected to triple by 2030. Most of the cancer deaths occur in developing countries. In the past many believed cancer was not an African problem. The last few years have proven the contrary. Medical practitioners are now urging governments to invest more in the fight against the disease.

“I confirm that Cancer is a public health problem throughout the continent. It should be given the priority it deserves into health and development agendas,” WHO regional adviser Dangou Jean-marie told DW.

WHO states that infections caused by the human papillomavirus (HPV) and hepatitis B and C viruses significantly contribute to the burden of the top two cancers in Africa, namely cervical and liver cancer.

My friend Linda Mumbua passed away last year in Nairobi. At 37, she left left behind three children, the youngest was only two years old. Like many cancer patients, Linda was a case of wrong and late diagnosis. She had severe stomach pains and visited two different hospitals in Nairobi.

Doctors at the two hospitals gave her different diagnoses. The first thought she had had a miscarriage and treated her for it. The pain persisted and she visited a different doctor who said it was a bladder infection. As she lived in the outskirts of Nairobi she spent the night at our house. That night we discussed and tried to figure out what her stomach pain could be. Eventually, Linda dismissed it as a bladder infection.

Three months later I received a phone call that Linda had passed away due to cervical cancer. I was devastated. It was the last thing I expected. The stage four cancer was detected at the Kenyatta National Hospital. By that time it was already too late.

Linda’s case is no exception. In many parts of Africa, cervical cancer is not identified or treated on time due to insufficient access to reproductive health care services, effective screening and early treatment.

“Most of the reported cases are diagnosed at late stages and little can be done. Unfortunately, more than 80 percent of these deaths result from late diagnosis and inaccessibility to treatment,” said Catherine Nyongesa a lead oncologist at Texas Cancer Center, a private clinic in Nairobi.

The effects of rising cancer cases is felt most in the public hospitals across Africa.

In Kenya, for example, people have to travel long distances, make huge financial sacrifices, and often end up on waiting lists to get treatment.

The situation is dire in places where health systems are ill-prepared and poorly financed. The majority of countries only have a handful of cancer specialists like oncologists, radiotherapists and pathologists.

“At the moment, we only have four oncology nurses and 14 oncologists in Kenya” said Deborah Modi the executive director of the Kenya Cancer Association.

Kenyan officials and health campaigners agree that the rising number of diagnoses has put a heavy burden on the East African nation’s health care system.

“As we speak today there are only two radiotherapy facilities in Kenya in public facilities,” added Modi. “Those who cannot get treatment are occupying the beds in the hospitals.”

Cancer patients often find themselves on a waiting list for up to a year to get access to radiotherapy or chemotherapy. Those who are wealthy have the option of visiting private hospitals, or flying abroad for treatment.

The Kenya Network of Cancer organizations states that one in ten children survive cancer in Kenya compared to 7 in 10 in the developed world. Some of the common cases among young survivors include leukemia, a cancer of the blood cells, lymphoma, and brain tumor.

For long, African governments focused on communicable diseases like HIV/AIDS while ignoring the escalating cases of cancer.

“It is actually overtaking AIDS as a cause of death. In the past it was not on the forefront but now we need to move forward and focus on cancer” explained Nyongesa.

Seventy percent of cancer deaths worldwide occur in developing countries which lack medical facilities and personnel. Currently cancer accounts for four per cent of all deaths in Ethiopia. Many of these deaths can be avoided if the cancer can be detected and treated early.

WHO estimates HPV infections cause approximately 68,000 cases of cervical cancer each year in Africa. It accounts for 22 percent of all cancers in women and 12 percent of cancer in both men and women every year. Both HPV and hepatitis can be transmitted sexually, but there are also vaccines to protect people from an infection.

WHO adviser Dangou said the latest statistics show that in 2015, there were 530,310 cancer deaths in Africa “the increase in the number of cases of cancer is recognized as a worrying public health problem,” he said.

Apart from infections, the rise in the number of cases of cancer is attributed to aging populations, the changing lifestyle and increasing adoption of risk behavior such as unhealthy diets, lack of physical exercise, and the excessive use of alcohol and tobacco.

During this year’s World Cancer Day, said Nyongesa, African governments should focus on screening and treatment of cancer.

“It cuts across from awareness, cancer prevention, screening and government investing resources in cancer screening and treatment,” Nyongesa said. According to her, clinical oncology infrastructure and improved cancer health systems, as well as prevention and control strategies are essential to curbing this growing epidemic in developing countries.