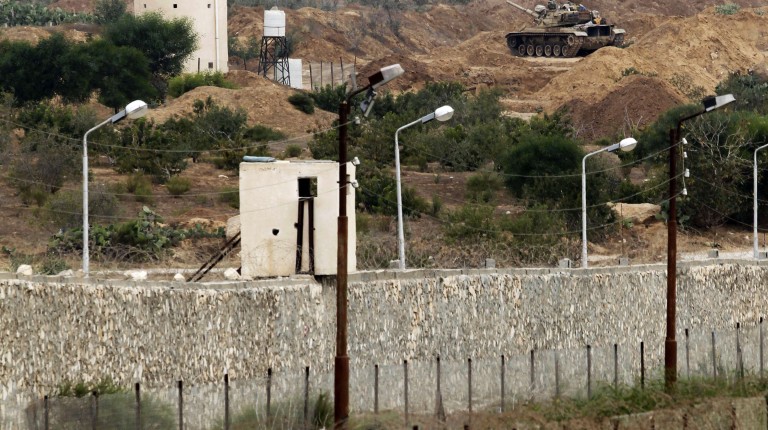 Militants of Islamic State (IS)-affiliated group “Sinai Province” blew up a state-run school in North Sinai’s city of Rafah on Friday evening, in order to prevent security forces from climbing into it and monitoring them, a North Sinai based journalist told Daily News Egypt on condition of anonymity.

The militants placed explosives in El Rasm School and remotely detonated them. The explosion resulted in massive destruction in the school and made it liable to collapse, the journalist added.

“This school has been subject to artillery shelling during previous clashes between security forces represented in army and police who are facing the IS-affiliated militants. The artillery shelling that took place during this year resulted in the suspension of the school’s activity,” he noted.

Meanwhile, security forces in North Sinai’s city of Al-Arish managed on Friday evening to kill three militants—believed to be members of “Sinai Province”—while trying to plant an improvised explosive device (IED) on the Ring Road located south of Al-Arish city.

The killed militants were using a motorbike to place the IED on the road. A nearby security stationing point monitored them on the intersection of the Ring Road and opened fire against them, detonating the IED, the North Sinai journalist explained.

During the operations, nine IEDs were found and detonated in Al-Arish and Sheikh Zuweid. Moreover, the experts also found seven IEDs on the Gowra road south of Sheikh Zuweid and were detonated.

Since 2013, state security forces represented in both the army and police have been engaged in violent clashes with “Sinai Province,” known previously as Ansar Beit Al-Maqdis. In 2014, the group declared its affiliation to IS and has launched deadly attacks on army and police checkpoints.