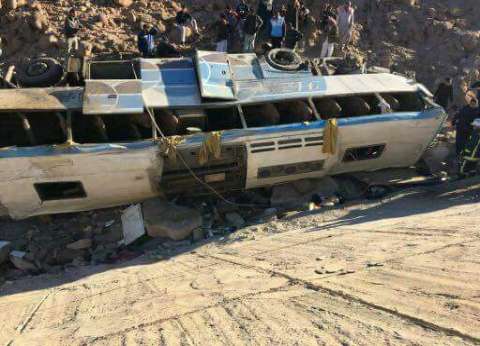 Following the tragic death of Alexandria University students in a bus crash in South Sinai, the university announced in a Saturday statement a three-day mourning period.

A funeral will also be held for the victims on Thursday. At least 10 were killed in a bus crash while on their way to Nuweiba on Friday. More than 40 others were injured.

The university further said that the armed forces provided private jets to transport the bodies to Alexandria, as well as the injured to be transferred to the university hospital.

Photos of the accident, published by the university, showed that the bus fell off a cliff. The highway to South Sinai cities is an extremely narrow two-way road paved between cliffs. Investigations have yet to reveal how the accident occurred.