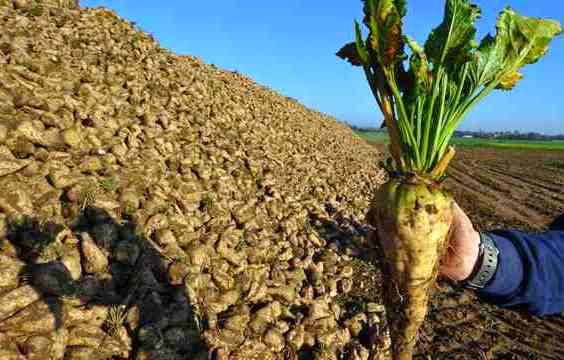 The Sugar Crops Research Institute expected exports of beet wastes, molasses, and fodder to reach 1.4m tonnes this year, amid fears of their decline in the coming years. The absence of a fair pricing policy for the crop is threatened by the decline of cultivated areas.

Mostafa Abdel-Gawad, the vice chairperson of the institute, said that the unspecified fair price for beets threatens the size of domestic sugar production and thus a decline of molasses and fodder exports in the coming seasons.

He expected beet production to increase to 9m tonnes from the cultivated area of​​ 550,000 acres to produce 1.3m tonnes of sugar, in addition to 1.4m tonnes equally between molasses and fodder, which are exported at prices ranging from $150 to $200 per tonne.

He warned against the decline of cultivated areas for beets, in light of the absence of a vision for the future of the crop, and the undetermined fair pricing policy that guarantees the farmer a reasonable profit margin.

He said that any decline in the cultivated areas affects the productivity and beet waste exports negatively.

He expected domestic sugar production to reach 2.4m tonnes by the end of the season, including 1.3m tonnes of beets and 1.1m tonnes of sugar cane, compared with the consumption of 3m to 3.2m tonnes—which means the import of 700,000-900,000 tonnes per year

He added that the total number of factories that work on producing beet sugar is seven, including four governmental factories (Delta, Dakahlia, Nubaria, and Fayoum). The Delta and Dakahlia factories acquire more than 150,000 tonnes of beets.

The rest of the factories that produce sugar beet belong to the private sector, including the Nile sugar factory, Savola factory, and Al Noran company.

He pointed out the entry of new investments in sugar production, such as Al Noarn factory, which will operate during the second quarter of 2017 and is expected to produce 300,000 tonnes of sugar per year. The factory will contribute to shrinking the gap between production and consumption.

The institute works on increasing the average yield per acre to 25 tonnes compared to the current production range of between 18 to 20 tonnes.