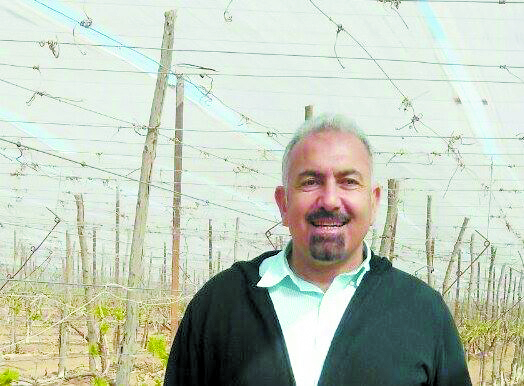 El Bostania Agricultural Development Company seeks to increase its exports to $19m in 2017 compared to $16m last year, with a targeted growth of 15%.

Hisham El Melegy, chairperson of El Bostania, said that his company plants 4,000 acres annually, representing 75% of the company’s exported products, while the rest are purchased from the domestic market.

He pointed out that the Central Bank of Egypt’s (CBE) decision to float the pound in November was good for exports; however, it increased production costs by 30-50%.

The flotation of the local currency increased its exchange rate against the US dollar from EGP 8.88 to about EGP 18 per dollar.

Some companies were affected by the flotation, especially as the decision was accompanied by an increase in fuel prices.

He explained that the flotation will contribute to reducing the prices of Egyptian exports globally by 20%, which would give a competitive advantage for exports.

He added that the sterling exchange rate declined by 20% against the dollar after the United Kingdom’s exit from the European Union several months ago, noting that Egyptian companies will lose some of their gains from exports, especially given that London acquires most of the Egyptian agricultural exports.

Melegy stressed the importance of increasing export support, which helps exporters to compete abroad, adding that the government’s new programme to support exports is good, but the companies suffer from long procedures in order to obtain support from the government.

He revealed that Germany is the largest importer of Egyptian agricultural products in the European Union, especially oranges, potatoes, and peanuts.

He pointed out that Egypt’s exports to Germany have witnessed a significant increase in the last period; however, Egypt still needs to expand in exporting non-traditional products.

He pointed out that the main Egyptian exports to the European markets include potatoes, dry onions, and avocados, which also witnessed an increase in demand in the last period.

He added that Egyptian companies’ attempts to increase exports to Europe will take several years until they prove their economic viability and their ability to compete with other countries’ products, particularly products from Israel and Morocco.

He continued by adding that attracting European importers will take several years, so Egypt needs to develop its local products and find good soil for planting high-quality crops according to international standards.

He asserted that increasing exports is not difficult, but it needs more cooperation between the government and the private sector.

Melegy concluded that Egypt has become the largest exporter of oranges globally, recording 1.2m tonnes by the end of 2015 compared to 1.1m tonnes in 2014, due to the government’s plans to develop orange crops.