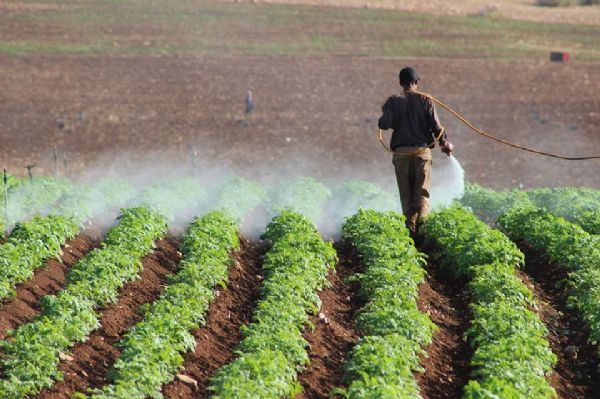 AgroTrade targets to import and export 23,000 tonnes of agricultural products worth EGP 200m in 2017.

Omar El Mahdy, the CEO of AgroTrade, said that the company has increased its exported products of peas, onions, and potatoes.

He added that the company targets to expand in a number of European markets, and the Dutch market specifically, which acquires 60% of the company’s exports—especially as it is considered the products’ distribution centre to Western Europe.

He expected a good performance for exports of Egyptian agricultural crops during the current season in terms of quantity and quality.

He pointed out that Egyptian companies are incapable of providing competitive prices to the global markets after the Central Bank of Egypt (CBE) flotation decision in November 2016. Companies rely on importing all raw materials, including packaging materials and disinfectants, in addition to increased prices of fertiliser.

He said that the company depended on the purchase of part of the exported crops from producers in the domestic market, compared with the lowest percentage produced in farms in Egypt—this year has seen a significant reliance on their own agricultural products, due to the price hikes.

The company faced price hikes of crops with local suppliers with the increase of the cultivated area in its territory. The company owns approximately 4,000 acres. He noted that the company’s efforts to rely on their crops face the problem rising costs for the cultivation.

Saudi Arabia, Russia, New Zealand, and the UAE are the biggest importers of Egyptian agricultural crops.

He pointed out that Russia’s decision to lift the ban on Turkish products will slightly impact Egyptian exports.

Egyptian oranges export rates saw an increase of 60% during the last two seasons to 304,000 tonnes.

He said that African markets are promising markets worth targeting, and that expansion in these markets is tied to problems such as the high cost of transportation, which hinders the activity of small exporters, as they can not ship large amounts at once.

He praised the role of the General Organization for International Exhibitions & Fairs in marketing Egyptians exports. He expressed his fear of reducing Egyptian attendance by 50%, and said that attending international events is important as they are a gate for companies to reach new customers.

Credit facilities granted by banks to their clients in August increased by EGP 12.3bn: CBE