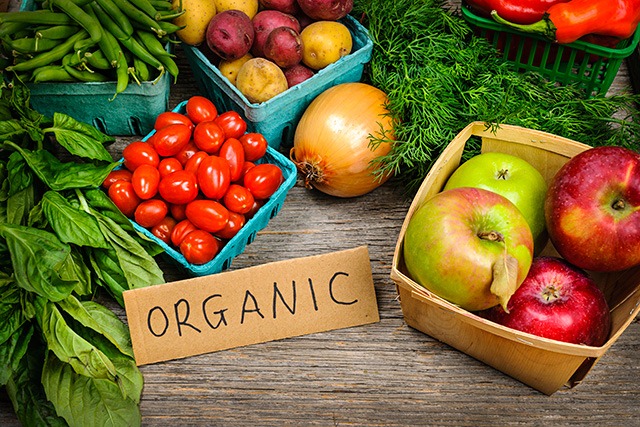 Despite the growing demand worldwide for organic food, the Egyptian market is still unable to benefit from this trend in order to maximise its exports.

Agriculture experts say that most of the domestic production of organic food, which is weak in numbers compared to all other foods, is channeled for export, while only a small percentage is made available to the local market.

They explained that companies that produce organic food prefer exporting as it gives them flexibility to increase prices.

Gamal Seyam, a professor of agricultural economics at Cairo University, said that Egypt produces very little quantities of organic crops, compared to traditional crops, and there are only 30,000 feddans across Egypt for organic farming.

Those are used for all organic crops, including plants, medicinal herbs, and vegetables.

Seyam said that the main reason behind the weak demand on organic vegetables and herbs is the low income of Egyptians, who cannot afford to pay three times the price of traditional food for organic products.

He explained that organic crops do not rely on fertilisers or chemical pesticides used in conventional farming. “They are also cultivated in specific means, which lowers their productivity rates, hence increasing prices,” he added.

He noted that European markets, especially Germany, France, and England have demonstrated a demand for Egyptian exports of organic herbs and medicinal plants.

He pointed out that the government recently launched the 100,000 greenhouses initiative to boost organic Egyptian exports. “But this will not be enough,” he stressed.

According to statistics from the Ministry of Agriculture, the total agricultural area in Egypt amounts to 9.3m feddans, only 30,000 of which are dedicated to organic farming.

Organic crops are known to improve health and avoid harm caused by pesticides and fertilisers in agricultural soil and crops that shows impact on the long term.

Statistics also show that only seven companies in Egypt are operating in the field of producing organic crops.

Chairperson of Sakura Egypt for Organic Herbs and Spices, Mohamed Fahim, said that interest in using organic herbs and organic vegetables in Egypt and other Arab countries is very weak, unlike in European countries.

He attributed the lack of demand in Egypt to the low income of citizens.

He noted that Sakura has been producing and exporting organic herbs since 2008, and the company relies on its farms to produce anise, fennel, basil, chrysanthemum, daisies, chamomile, and lemon grass.

The company exports to a limited number of markets, including Japan, South Korea, Germany, Spain, France, and North America.

According to Fahim, different types of organic herbs produced in Egypt are used in alternative medicine in Japan and South Korea.

Sakura also produces a mix of Japanese and Egyptian vegetables, which target the dietary supplement industry.

Fahim said that he aims to expand into new markets in 2017, especially South America and Mexico.

With regard to the impact of the flotation of the Egyptian pound, Fahim said his company did not suffer as most products are exported, adding that the cost of production, however, consumed the revenue margin after the flotation.

The Central Bank of Egypt (CBE) floated the national currency in November 2016. The price of the US dollar increased from EGP 8.88 to EGP 18.

Malak Azmy, a member of the Agriculture Export Council, said that Egypt has the necessary qualifications to become one of the most competitive markets in the field of organic crops cultivation and export.

He stressed the need to follow several steps to increase domestic production, such as providing state support to boost production, as the government can allocate certain areas for the cultivation of organic crops.

He explained that organic crops rely on biological control instead of using chemical pesticides.

He said there is a need to hold training courses for farmers and workers in the field of organic crops to raise their awareness of products and farming techniques and utilise the experiences of other countries.