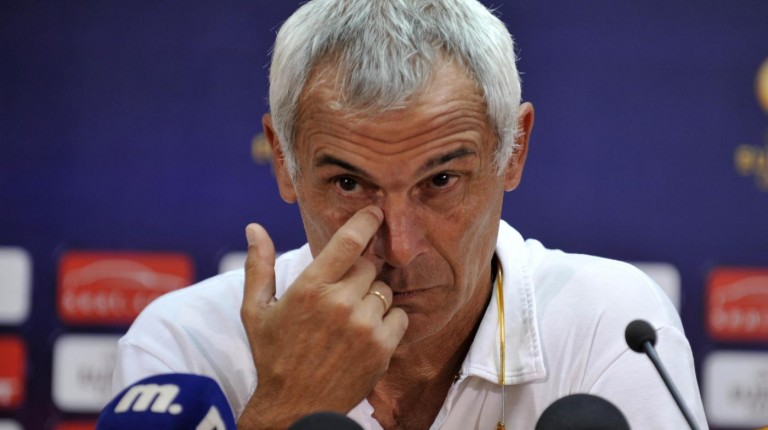 Cameroon national team beat its Egyptian counterpart 2-1, in the final match of the African Cup of Nations (AFCON) held at Danjundje stadium in Gabon, claiming their fifth AFCON title.

It was the 13th final-match defeat for Egypt’s head coach, Hector Cuper, in his career. It seems that losing in the finals is a jinx that still dogs him. The Argentinean coach had previously lost 12 finals, two of which were in the UEFA Champions League.

In charge of Real Mallorca in 1997, Cuper came up against Barcelona in the Spanish Cup (Copa del Rey) final and Lazio in the UEFA Cup final, neither of which he had won.

Cuper moved to Valencia in 1999, where he maintained his bad luck in the finals, losing the final of the UEFA Champions League two consecutive times: 3-0 in 2000 against Real Madrid, and 5-4 in a penalty shootout in 2001 against Bayern Munich.

As head coach of Italian club Inter Milan, Cuper qualified to the 2002 UEFA Cup semifinal, before he lost to Feyenoord 3-2. In the same year, Inter Milan failed to capture the Scudetto and finished third in Serie A after losing to Lazio in the last round.

Reports: Eberl staying at Gladbach, no Bayern move in offseason

Neuer pulls out of Germany squad, Trapp called up