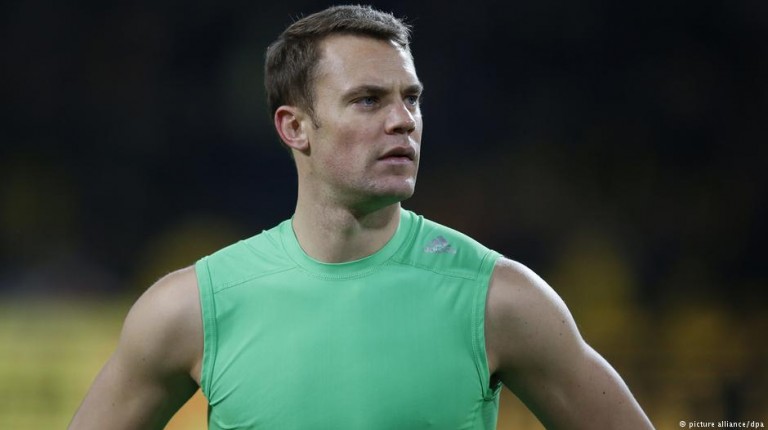 Bayern goalkeeper Manuel Neuer has admitted that the German champions are struggling to play the brand of football they want to under Carlo Ancelotti. Bayern face Wolfsburg in the German Cup tomorrow.The Bavarians were held at home by Schalke on Saturday but extended their lead at the top of the table to four points after RB Leipzig’s loss.

Despite their league position and seven points from nine since the return from the winter break, Ancelotti’s side have faced their fair share of criticism from both the media and fans.

And ahead of Tuesday’s game, which sees the previous two winners of the German Cup clash at Allianz Arena, Germany’s number 1 admitted that some of that talk is justified.

“Things that have always been our trademarks like pace and accurate passing aren’t working the way we’d like at the moment,” he said.

Lahm, who made his 500th competitive appearance for Bayern when he came off the bench against Schalke, said the team needed to improve against Wolfsburg and with a Champions League last 16 tie with Arsenal just around the corner.

“There’s nothing at all wrong at the moment, but the players have to be aware that we can’t play the way we did in the last three matches over the next few weeks,” the club’s skipper said.

Wolfsburg, who beat Bayern on penalties in the 2015 final, have somewhat deeper problems. Valerien Ismael’s side are just three points clear of the relegation play off spot and lost to Cologne at the weekend.

But Ismael is a believer in the old adage that the form book goes out the window in Cup games. “The Cup has it’s own laws,” he said on Monday. “We are going into the game confidently and will look to take our chance.”

Adage: fighting misconceptions about Islam with cartoons and illustrations