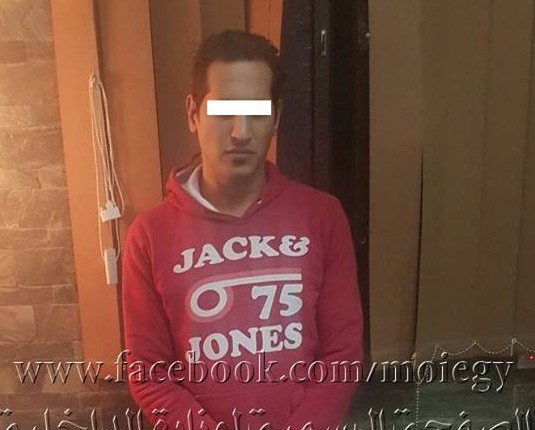 Two people were reportedly arrested on Monday following the brutal death of a young man named Mahmoud Bayoumi who died in a fight with staff members of Keif cafe and restaurant, located in Cairo’s Heliopolis district.

Passant Salem, who was present during the incident, gave her statement to the prosecution authority. She said she saw at least 10 staff members assaulting Bayoumi and his friends, who were fewer in number. She further confirmed that one of two suspects whose pictures were published was among those involved in the fight.

Interestingly, Salem gave an account of her own dispute that happened minutes before the fight got out of hands. “The waiter was extremely rude to me when I told him the cheque came wrong, and so was the restaurant manager,” she told Daily News Egypt on Tuesday.

“You will pay,” they forcibly told her as she asserted that she refused to pay the full amount because there was an amount of EGP 300 listed on the cheque for orders she never actually received.

Salem said she saw a waiter threatening the victim and telling him “I will show you what thuggery looks like.”

Although the Ministry of Interior did not issue any official statement regarding the incident, local TV hosts broadcasted videos of two alleged suspects, supposedly including the man who killed the victim and the restaurant owner. TV presenter Amr Adeeb said, during his Monday night episode aired on ONTV, he obtained the video from the police.

In the video, the first alleged suspect spoke in a cold tone, saying that he was on shift on the night of the incident and had heard that the victim, a client at the cafe, had made a protest to the manager regarding the cheque. “I was on the first floor of the cafe and I was told the dispute took place in the second floor but that it had been solved,” the man said.

He then added that the victim and his friends assaulted staff members and threw chairs at them, and that he was punched in the stomach and had a bag thrown at him.

“I took off my belt and hit back. I had a can opener on me which I used to hit the man who kicked me in the stomach. Then I went back into the restaurant,” he said.

He was then asked—presumably by a police officer—how he left the restaurant and how he was caught. “I simply walked out of the restaurant. Then I went home, I took my mother and went to my brother’s apartment and the police came there.”

This comes as more eye witnesses gave statements to local talk shows, confirming what happened. A second man appeared in a photo with the first suspect, identified as the restaurant owner Osama El-Naggar.

Keif, a restaurant based in Lebanon, opened several branches in Egypt. According to the official website, the Cairo branch, where the incident took place, opened in March 2013. It also has branches at Porto Marina in the North Coast and in Porto Sokhna.

In April 2015, several media outlets covered another branch opening in Cairo, which celebrities attended. It was reported then that the Lebanese restaurant was owned by popular singer Assy El-Helany. Egyptian singer Mostafa Qamar, who was also among the guests, was reported in the media to be a partner in the restaurant.

However, a lawyer named Bassem Wahba spoke to Egyptian TV host Wael El-Ibrashy on Monday on Dream TV channel, denying the involvement of any of the above-mentioned singers.

Wahba is defending the currently detained owner. El-Naggar owns the franchise of the Lebanese restaurant and has several partners outside Egypt, according to his lawyer.

The lawyer mourned the victim’s death and said that the staff members were helping him when injured, thus pointing fingers to a shisha worker whom he said is hired by a third-party company, not the restaurant owner.

The Student Union of the British University in Cairo issued a statement, mourning Bayoumi on Monday as a 2015 graduate of the business management faculty. “We condemn the criminal acts of the people responsible and demand urgent trial for the perpetrators,” the statement read.