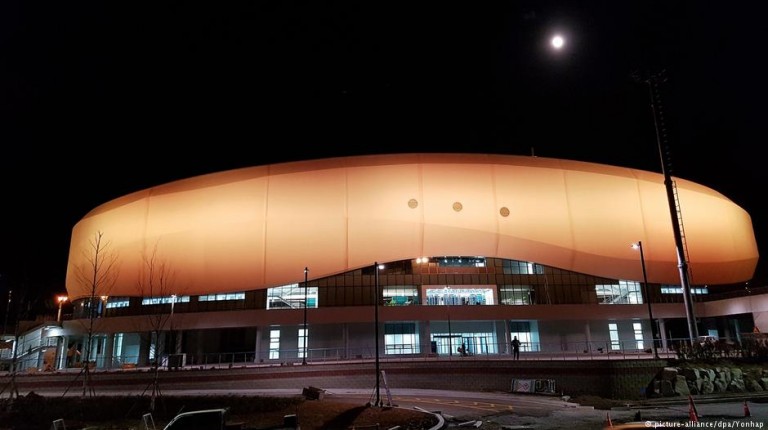 A year out from the 2018 Winter Olympics and everything in Pyeongchang seems under control. Stadiums are built, tickets are ready and events are decided but not everyone in South Korea is convinced it’ll all go smoothly.Whatever weird or wonderful display serves as an opening ceremony for the Pyeongchang Games on February 9 next year, in a welcome change to the chaos that preceeded Rio’s Summer Olympics, everything will be ready.

In fact, according to a report by news agency AFP on Tuesday, almost all of the 12 venues that will host events – including the new disciplines of big air snowboarding, mixed doubles curling, mass start speedskating and alpine team skiing – now require only the lightest of finishing touches.

The one exception is a new ski slope for the downhill events – none of the existing resorts have high enough mountains to provide the vertical drop required -but even that is 85 percent finished.

Moving away from traditional fan base

Pyeongchang will be the third East Asian city to host the winter Games after Japanese cities Sapporo (1972) and Nagano (1998). It won the right to host the event after being overlooked for 2010 and 2014.

There have been fears that taking the Games out of its North American and European heartlands will lessen interest. And it’s a potential problem acknowledged by the authorities.

“We must sell these Games, and the challenge today – and we have spoken openly about this with the Pyeongchang organisers – is to engage this effort both at the Korean level and internationally,” he said.

‘No excitement or buzz’

Reports from north-eastern city suggest that its people are happy and proud to host the Games but, according to the ‘Chosun Ilbo’ newspaper, there’s “no excitement or buzz around the Games.”

Currently there is little evidence in the city that such a large international event will soon be arriving. That’s in stark contrast to 2022 host China, where billboards already line roads around the venues.

But organizers have been at pains to assure concerned fans that they will soon be marketing the event much more aggressively.

“From February 9th we will have promotions and we will expedite promotional activities around the nation and all around the world,” said Lee Hee-Beom, president and CEO of the Pyeongchang Organising Committee for the Olympic Games (POCOG).

Those that do decide to attend can expect to have to dig deep for tickets to the major events, with seats at the opening ceremony and the men’s ice hockey final retailing at 1,500,000 Korean won (1225 euro), though tickets in some of the less popular events will drop to about 20,000 won (16 euro).

If Pyeongchang organizers are relying on the supposed newly-discovered Chinese enthusiasm for winter sports, things aren’t exactly going their way.

Chinese tourism to South Korea has dropped by between 30 and 50 percent after Beijing became infuriated by their neighbour’s planned deployment of US missile defence system, THAAD, in response to nuclear-armed North Korea’s atomic tests and rocket launches.

If the South Korean government opts to proceed with THAAD, the numbers are expected to drop even further.

Sochi week 1 recap: The good, the bad, and the weird