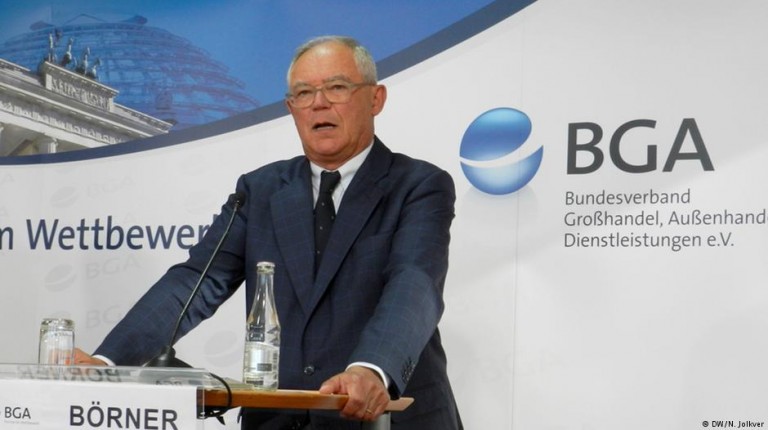 He called Trump “a power-obsessed entrepreneur with no respect for a social market economy.”

Instead, Trump viewed his country as it if were his business and “followed his ‘I always win’ credo,” Börner added.

The BGA chief said the new US president’s economic agenda was alarming. He urged policymakers to take him seriously and point out the consequences of his economy-related moves.

Börner said new alliances had to be forged with partners in Asia, Latin America and Canada to create a counterweight.

Despite the problems at hand, German exports were likely to expand further, Börner said, adding that shipments abroad could rise by 2.5 percent in 2017 to a record volume of 1.235 trillion euros ($1.32 trillion).

“But there’s a question mark hanging over this forecast,” Börner added. “The list of risks with the potential to impact our exports is growing longer and longer.”