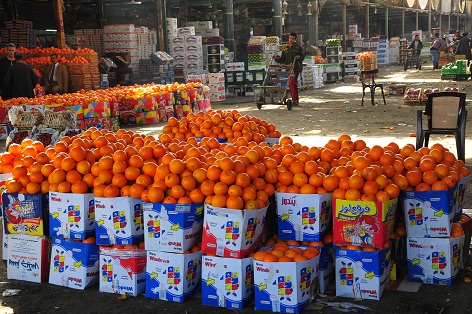 El-Madawy Co. for Cotton Trading and Common Import & Export aims to boost its orange exports this season to 15,000 tonnes, an increase of 200% compared to 2016, according to Abdul Sattar AbouMadawy, chairperson of the company.

He said that the company’s exports of cotton registered 5,000 tonnes last year.

He noted that the company will also raise exports of cotton depending on production, expecting an increase of 50% in the coming season.

He pointed out that 90% of all of the company’s products are exported abroad versus the 10% channelled to the local market.

Moreover, he said that the flotation of the national currency had a positive impact on exports of agricultural products, where it increased the value of exports. However, he noted that the cost of production also increased as a result.

The Central Bank of Egypt (CBE) had decided in November 2016 to float the Egyptian pound, which, in turn, depreciated from EGP 8.88 against the US dollar to EGP 18.

El-Madawy Co. is operating in the import and export of Egyptian raw cotton, as it imports cotton from Greece and Russia to feed the needs of the domestic market spinning.

The company imported about 10,000 tonnes last season, with plans to increase the size of imports in the coming period.