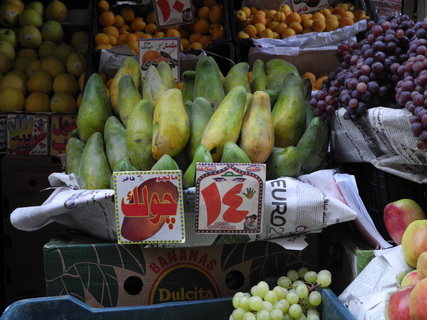 Magrabi Agriculture Company targets to maintain the size of its exports of agricultural products of 57,000 tonnes in 2017, in light of the decline of citrus production this season.

Ibrahim Al-Banna, director of the Magrabi Agriculture Company, said that the company relies on exports of citrus as a main product, followed by grapes and trace amounts of other products.

He explained that the lack of citrus production this season will affect the size of Egypt’s exports, thus the company is trying to maintain last year’s export levels.

He said that the exporting sector will benefit from the decision to float the Egyptian pound although there are some negatives that resulted from it.

He explained that the pound’s flotation will help exporters to reduce selling prices globally, which will make it one of the most competitive countries in the world.

He pointed out that countries such as Turkey, Morocco, Spain, and Israel are the most competitive countries in international agricultural crops—especially to Egypt—and there are many powerful alternatives that enhance their ability to infiltrate markets.

He said that the prices of production, transportation, and packaging, increased prices dramatically during the last period.

He added that their interest in new markets enhances the local market’s ability to expand internationally, and adds to them a competitive advantage over other products.

He pointed out that oranges are the main product for the agriculture sector’s exports, and they have occupied a top position internationally in recent years, which should be maintained.

He added that entering east Asia markets—the Chinese market in particular—is a good step on the path towards growth.

The company has not agreed on export deals with many companies yet, such as the Philippines, Japan, Vietnam, and Thailand.

The company needs to communicate with the quarantine authorities in these countries in order for Egyptian products to be allowed in these markets.

A good plan and target must be set before negotiating with these countries, and all aspects of exporting should be studied before signing any new contracts.

Indonesia prohibits Egyptian citrus from entering Jakarta’s main port, and allows them only to enter through other ports, which increases the cost by $2,000 per container—which reduces the competitive opportunities of Egyptian products against other markets.

The quarantine authority in Egypt agreed with Indonesia on this; however, citrus fruits imported from the United States enters Jakarta under normal circumstances.

He pointed to the protocol of cooperation with Australia for exporting citrus, and that it should be expanded in the coming period along with adding grapes under a new bilateral cooperation agreement.

In terms of the African markets, he said that Africa represents an opportunity to increase Egyptian agricultural exports, because their prices are good, as well as the geographical proximity to Egypt.

However, he noted that there are several problems that hinder Egypt’s access to African markets, such as transportation.

He added that shipment lines reaching the continent are few in number, which results in companies choosing not to export to African countries due to high costs.

He explained that the support provided by the Egyptian government to companies stimulates some exporters dealing with these countries. The continent must develop its logistics in order to develop commercial exchanges.

In terms of the increased exports following the pound’s flotation decision, he said that some companies seek to gain individual profits and reduce prices significantly—considering that the increase of the US dollar’s value against the Egyptian pound will compensate the reduction.

He added that some companies offered lower prices for customers in overseas markets, and in some cases companies risk profitability just to export and earn foreign currency.

He explained that international exhibitions are one of the most important marketing tools that the company relies on in meeting with foreign markets.

The state supports small- and medium-sized enterprises (SMEs) to help them attend international exhibitions, learn about modern agriculture methods, packaging methods, good practices in exporting, and the needs of countries and consumers.

Magrabi Agriculture achieves 58,000 exports this year, a slight increase from 2016

Dollar falls to its lowest level in two months, settles below EGP 18