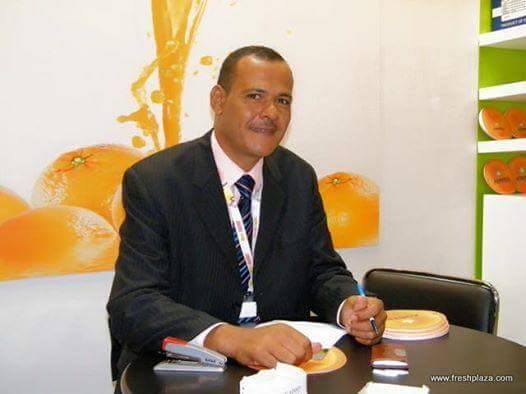 Leaders of a number of companies that will take part in the Fruit Logistica Exhibition called upon the government to intensify the role of trade representation offices at Egyptian embassies abroad to become a liaison between companies and importers.

They said that companies should put together a strategy to set the prices and quantities that are exported to different markets, and urged the need for further controls on farmlands to produce crops that fit within the international standards.

He pointed out that 95% of export contracts are the result of the individual efforts of each company through direct communication channels with importers abroad, while government offices only send unaudited lists to foreign companies.

He stressed the importance of preparing lists of agricultural crops that are exported through collaboration between the government and the Agriculture Export Council to prevent big companies from lowering their prices to increase the volume of profits following the flotation.

He added that the Ministry of Agriculture should organise awareness campaigns to companies and farmers on means of producing crops that meet the standards of the European Union.

He noted that banning the entry of Egyptian crops, even if for a temporary period, pushed foreign importers to look for alternatives, which undermines the potential of returning to these markets.

Russia’s Federal Service for Veterinary and Phytosanitary had posed a temporary ban on Egypt’s exports of fruits and vegetables, especially potatoes, in September 2016, attributing the decision to what it called a lack of effective process to monitor plant health in Egypt.

Mohamad said that the Ministry of Agriculture must form a committee to look for solutions to counter the Mediterranean fruit fly, as it causes losses to large parts of harvest and loses companies a big portion of their exports.

He explained that using insecticide is only a temporary solution, as it does not kill the fly, but rather forces it to seek out other farmlands.

He pointed out that some of the countries that import fruits from Egypt, including China, demand that shipping takes place in certain temperatures in order to prevent diseases.

A board member of Farm Africa, Mohamed Shawky, said that bad marketing of Egyptian products has a negative impact that lowers the value of Egyptian exports.

He added that Egyptian companies export to some countries at high prices at the beginning of the export season, and then gradually lowers the price at the end of the season, leading to the loss of large sums.

He explained that foreign importers impose harsh conditions on companies in the middle of the season to cut prices, a result of increased supply, which pushes companies to obey and bring down their prices.

Shawky noted that a carton of strawberries weighing 2.5 kg is sold at €21 in the beginning of the season, while towards the end the price falls to €9.

He urged the need to pen a strategy by companies early in the season through setting the quantities that will be cultivated and the markets where the crop will be exported.

He said the company is working to reduce the cost of production after fuel price hikes and increased cost of labour and transportation after the flotation.

He added that air shipping costs rose by 75%.

He explained that the company has resorted to importing packaging material to reduce the cost of production, as Egyptian traders and companies raise prices at rates exceeding 300%.

Saudi authorities had earlier banned imports of Egyptian peppers, after inspecting a sample that was contaminated with pesticide residues.

Rasmy urged the Agriculture Export Council to enlist supervision over all export contracts to regulate the times and prices of exports.

He said that the companies did not benefit from the flotation, as the cost of production increased by the same rate.

He added that the high cost of cultivation led companies to purchase products at higher prices; hence, barely making profit from exporting.