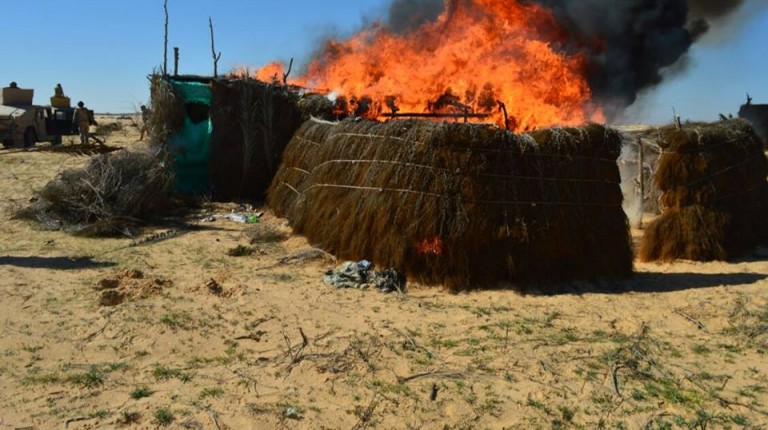 Army forces affiliated with the second field army managed on Wednesday to kill three militants in North Sinai during a sweeping operation that also targeted weaponry and vehicles used by the militants, the army’s official spokesperson said in a statement.

Meanwhile on Tuesday, anonymous militants blew up a health facility located inside El Sabil village, at the entrance to Al-Arish in North Sinai. The attack was conducted through the usage of improvised explosive devices (IEDs), according to the state-run newspaper Akhbar Al-Youm.

The newspaper quoted anonymous sources, who said that unidentified persons planted IEDs and remotely detonated them, in order to prevent security forces from accessing the facility.

The newspaper also noted that the health facility has been bombed last year in the same way through the usage of an IED and has since been rebuilt.