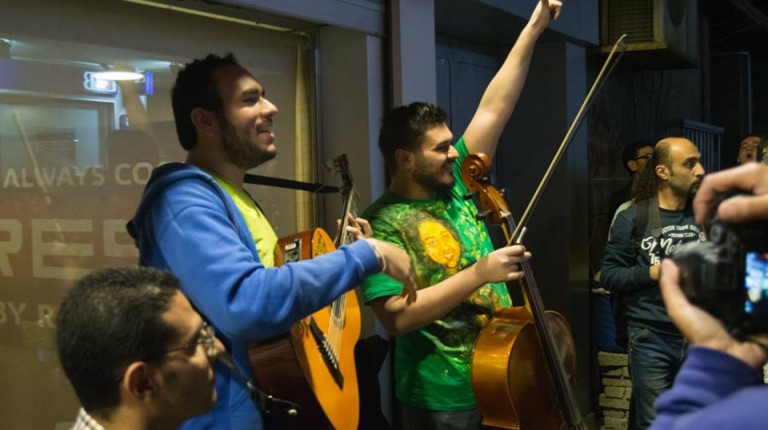 Over the past few years, we have licensed to some terrifying statistics about the rapidly increasing numbers of divorce cases. The Central Agency for Public Mobilization and Statistics (CAPMAS) recently estimated one divorce is filed every four minutes.

Although divorce is considered a mutual responsibility between husband and wife in many countries, women are still blamed for it in Arab societies.

Aiming to shed light on women’s suffering before and after divorce, Marsel Nazmy and Doaa Helmy released their first short story collection, titled “I Want a Divorce” that generated waves of criticism and praise on social media because of its courageous way of tackling such a sensitive issue. The book was released at the Cairo International Book Fair and a signing party was held on 5 February to discuss the different stories mentioned in the book. 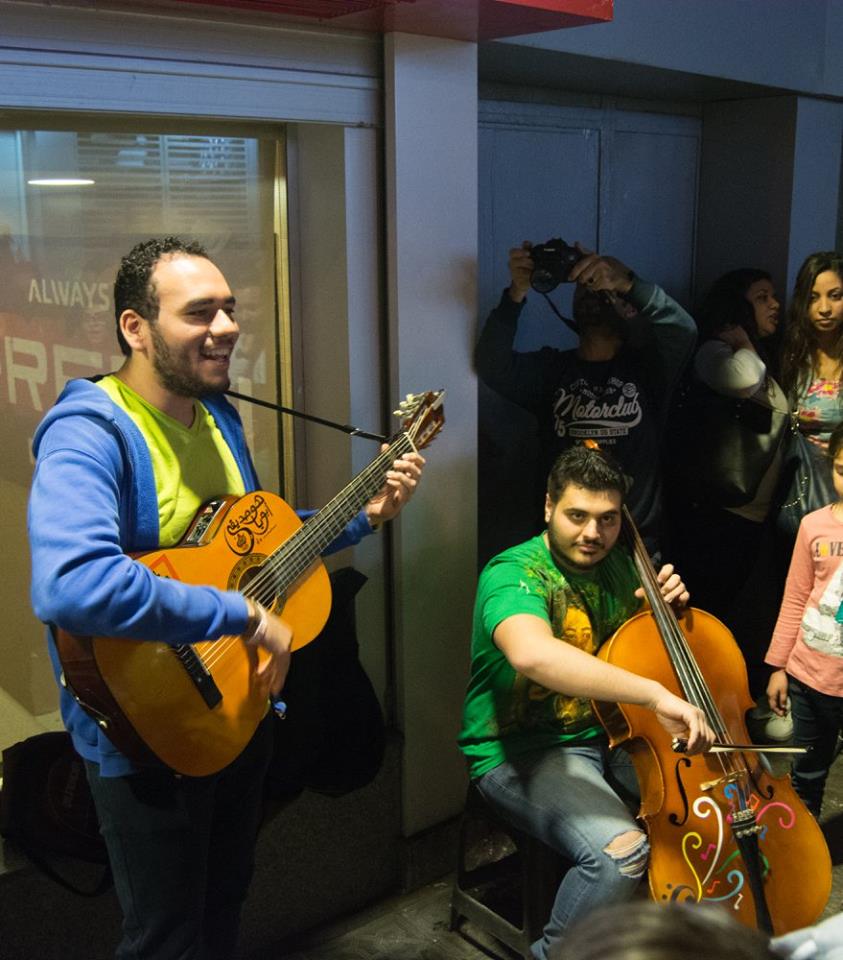 “The whole thing started a year ago when Doaa and I decided to write something about Egyptian women,” said Nazmy, the co-author of the book. “When Doaa suggested publishing a short story collection about divorce, I was drawn to the idea because it tackles the suffering of thousands of women from different educational and social backgrounds,” she added.

As journalists in Al-Bawaba News, the two writers usually receive complaints regarding different family problems and their relevant legal procedures. Such experiences have helped them come closer to women’s struggles to get a divorce. Through the sentences of the book, the reader relates to a story or two as they depict the psychological and physical suffering of many women in our society.

“We didn’t want the book to provide statistics or information; however, we tackled the issue from a literary perspective by presenting 13 short stories where you can see the suffering of women who are asking for a divorce or divorced women who suffer from people’s judgmental views,” she noted.

Although all of their stories are inspired by true events, collecting stories from women was an easy task.

“We were surprised that many women were interested in sharing their personal stories with us, so we decided to change their names and identities in order to protect them. When you read the book, you understand that divorce is not a luxury, it is always the last path to salvation,” she added.

In her opinion, Egyptian women still have a hunger for telling their stories in spite of the pervasiveness of social media networks. Therefore, they are ready to share their experience, secrets, and sufferings with anyone they trust, because they need someone to listen to them.

However, creating harmony between the different stories was a big challenge that the two writers had to wrestle with.

“At the beginning, we were concerned about having two authors with two different writing styles and approaches in one book; however, we managed to overcome such a problem by creating a homogenous spirit for the different stories and melding some of them together,” Nazmy explained.

Although this was the first book for the two writers, they didn’t face any problems in publishing it. “We counseled our colleagues and they advised us to submit a draft to Atlas Publishing House because they support novice writers. They were excited to publish the book and the whole procedure went very smoothly,” she said.

The success of the short story collection encouraged Nazmy and Helmy to start working on a second book that will be published soon.

“Doaa is my partner and I love working with her because we understand each other. Therefore, we are holding brainstorming meetings to come up with a new idea for our next literary work that will tackle women’s problems from a new perspective,” she concluded.

The confessions of Egypt’s married women