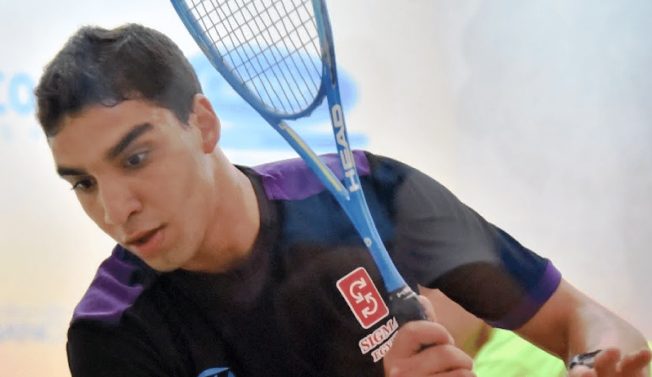 This is the third UCS Swedish title for Gaultier, ranked third internationally and seeded second in the championship. He previously won this tournament in 2012 and 2013.

Expressing his happiness, he commented, “I am really happy to come here and support the event. I first came here when I was 18 years old, and now I am 34. I was here for the first occasion, so I am really faithful to the tournament, and I will keep being faithful as the tournament keeps going.”

Abdel Gawad, ranked second internationally, seeded first in the tournament, winner of the 2016 World Squash Championship, and winner of the 2016 UCS Swedish Open, said, “I have had a very tough season and very tough last six or seven tournaments,” adding that “Greg was the better player throughout the match, so all credit to him.”

The Egyptian champion is preparing for two important upcoming championships, which are in Chicago and the British Open. He commented on this, saying, “Chicago is very close for now, so hopefully I will be able to reach another final and play as well as I have been playing for the last few tournaments.”

Moving to the second tournament, it was the 2017 Three Rivers Capital Pittsburgh Open. Zahed Mohamed reached the final, where he met Malaysia’s Ivan Yuen. The Pharaoh won the championship, defeating his Malaysian rival by 3-1 (12-10/11-9/7-11/11-7).

This is the fourth Professional Squash Association title for Mohamed. On his Instagram account, Mohamed said he was really happy to win his fourth title and the first in 2017, which he fought hard for.

The Winnipeg Winter Club Women’s Open took place in Canada. Its final was between Zeina Mickawy and Canada’s Samantha Cornett. The Canadian player was the tournament’s champion, thanks to winning the final by 3-1 (12-10/11-7/3-11/11-7).