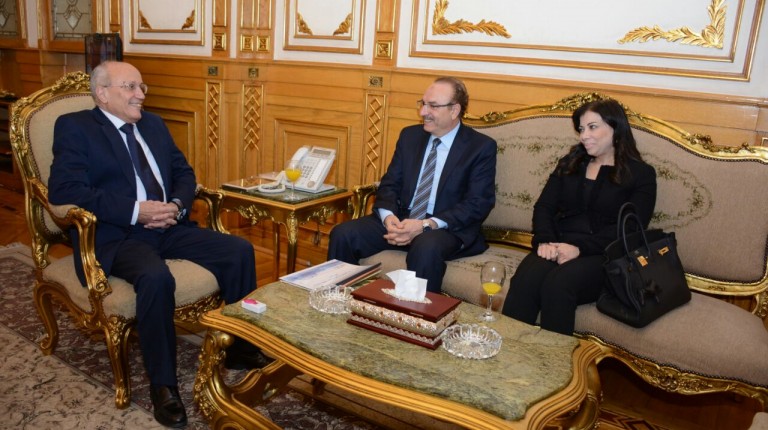 The Ministry of Military Production is considering establishing an integrated agro-industrial project on an area of ​​69,000 feddans in Beni Suef.

Minister of Military Production Mohamed Al-Assar met last week with Minister of Investment Dalia Khorshid and the governor of Beni Suef, Sherif Habib. The meeting was also attended by representatives from the ministries of trade, agriculture, and health to discuss the implementation of the project, which includes the cultivation of aromatic and medicinal plants, as well as providing an integrated project that combines industrial, residential, and service sectors.

According to Al-Assar, the ministry is now cooperating with a number of Egyptian and international companies to conduct a comprehensive study of the project to determine the total cost and time needed for implementation. He added that these companies will also decide which types of medicinal and aromatic crops will be planted, according to the global market needs of oils, perfumes, and pharmaceuticals.

He expects the study to be completed within five months.

In a different context, Al-Assar also met on Sunday with Ambassador of Belarus to Egypt Sergei Rachkov and the general manager of Minsk Tractor Works.

Al-Assar said that the meeting was concluded with a memorandum of understanding to begin the cooperation between the Ministry of Military Production and Minsk to manufacture tractors to serve agricultural activities in the Egyptian domestic market and neighbouring countries.

He explained that the cooperation will begin through a visit of a technical delegation from Minsk to the ministry’s subsidiary companies to learn about their capabilities.

Minsk Tractor Works is the largest holding company in Belarus. It has 30,000 workers producing tractors and exporting them to 60 countries around the world. The company also has a large number of assembly lines in 14 countries, including two in Egypt.

This is the second consecutive cooperation between the Ministry of Military Production and Belarusian companies, where the ministry signed earlier a protocol with MAZ Company to produce heavy transport vehicles.