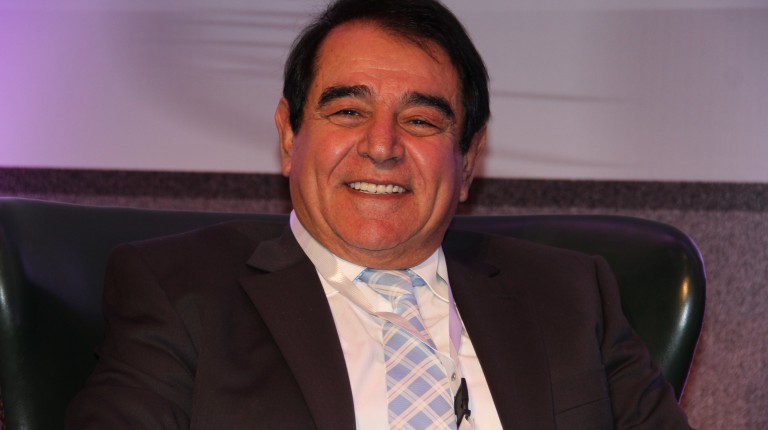 A state of anticipation overshadows the companies operating in the automotive sector, pending the issuance of the automotive industry strategy, which is currently discussed by the parliament.

Raafat Masrouga, the honorary chairperson of the Automotive Marketing Information Council (AMIC), said that the increase of local components in the automotive industry requires more in-depth studies. He added that the strategy should take into account the impact of determining the local component ratio on the production and marketing of these components, and the size of production and marketing of cars in Egypt, as well as the impact of the obligatory state financial support on the state budget.

Masrouga pointed out, in an interview with Daily News Egypt, that the determination of the local component in the automotive industry should consider the political, rehabilitory, and educational dimensions of the automotive industry; and the impact of the decision on the contractual relationships with parent factories. The strategy should also take into account the possible impact on the flow of direct foreign investment from global factories in the feeder industries.

He asserted that the strategy will also affect the application of standard specifications on the cars locally manufactured, and the relationship between domestic manufacturer and the parent factory.

The strategy would also stimulate the parent companies in the automotive industry to encourage their suppliers of components, to contract with local counterparts to manufacture the advanced components.

In addition, the increase of local components will raise the efficiency and develop skills of local technicians, prompting local car factories to make advanced technological and marketing decisions.

Masrouga expressed his concern over the negative effects of the new strategy, as it may create a gap between the components to be increased and the prevailing technological knowledge in the most advanced industrial societies.

He noted that the global studies about the ideal ratio of local components tend to reach 45%, and this is the acceptable ratio in the automotive industry in less developed industrial societies.

He stressed that the lack of a clear vision about the impact of increasing the local component on the additional costs of the components, would affect the government’s ability to estimate the required support.

Masrouga called for the parliament members to explore the views of parent companies in regard with investment in Egypt, as it will contribute to the issuance of a new automotive strategy.

He stressed the importance of studying the type of components to be locally manufactured and determining the size of targeted production and the local value added on this component.

The parliament is currently discussing the automotive industry strategy submitted by the government. The new strategy depends on the unification of customs values on all imported cars to be 10% of the value of the car, and the achievement of a local component ratio of 45% of passenger cars and 60% of small and medium transportation cars.

The proposed strategy stimulates the local automotive industry and exports through exempting the local or imported cars from a part of the taxes, less than the planned industrial development tax.

The strategy, however, requires imposing at least one of the following three taxes. An incentive on deepening the industry is granted to companies that produce vehicles, if they register an increase in the ratio of locally produced and locally assembled vehicles to 60% for passenger cars and 70% for light and medium-sized vehicles over a period of eight years.

Masrouga pointed out that the targeted production volumes are not based on accurate marketing studies, adding that the strategy did not take into account the possibility of establishing new factories.

He noted that the car market in Egypt will not absorb more than 200,000 cars in the current year, assuming that the share of domestic production is 100,000 vehicles at best.

According to the expected growth rate for 2024, the car market may absorb about 340,000 vehicles, including 170,000 locally produced cars.

He added that the passenger car factory with the highest marketing ability will not sell more than 40,000 cars in 2024, which make the targeted production of 60,000 cars annually impossible.

Moreover, the best pickup car factory will not sell more than 35,000 cars in 2024, which makes the targeted production of 50,000 cars annually impossible as well.

It shows that no factory can achieve the target production rate in the strategy, not to mention the new plants unless they will export all their production.

Masrouga claimed that the “incentives” provided in the new strategy are not in favour of the consumer, ruling out that local factories or car agents can export their production, because the parent companies, except one brand only, have not granted their approvals yet.

In addition, the automotive factories will not have any price or technological competitiveness if the current agents of global parent factories continued working without actual partnership with the parent companies.

He ruled out the locally produced car prices can reach the exported car prices, even if the local component ratio registered 45%, suggesting that the parent companies manufacture their cars in factories in free trade zones on Egyptian territory.

With regard to the establishment of the Industry Development Fund, Masrouga said that the consumer will not be affected by the new tax paid for the fund.

The new strategy stipulates that the government would deduct 0.5% of the sales of each company for the benefit of the Industry Development Fund.

Masrouga called for the abolition of the measures protecting domestic products as an advanced step which will have positive results in the near future, with the reduction of customs to 10%, which will benefit the state and the consumer.

He hopes that the strategy identifies the target production volume from this year until 2024.

Masroug asserted that the Industrial Development Authority should identify the method of calculating the local component ratio; otherwise it will allow corruption which will affect the current and future plans.

The strategy should also clearly identify the real domestic value added in the targeted local components. As the increase of the local component ratio should reduce the price for domestic market and export, otherwise it will lose its competitiveness opportunity.

39% Decline in car sales in January