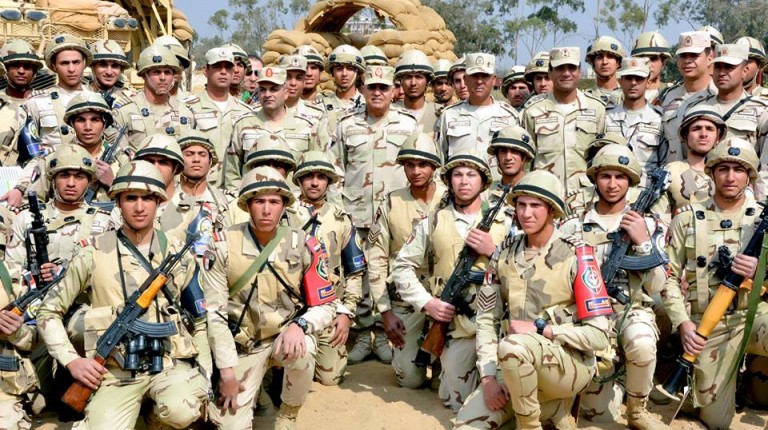 According to a statement from the army spokesperson on Facebook, Sobhi visited the military academy where the students and officers showed techniques and preparations carried out to foil any terrorist attack against army checkpoints.

The military demonstration also included the participation of army officer Karim Badr, who was injured during a militant attack against his checkpoint in North Sinai. During the display, the officer showed the most proper ways to secure checkpoints and prevent attacks, according to the statement.

Furthermore, in the North Sinai city of Al-Arish on Monday evening a civilian was shot and injured by anonymous militants. The civilian was transferred to the hospital to receive treatment, state-run newspaper Al-Ahram reported.

Anonymous militants who target civilians inside the city are believed to be members of the IS-affiliated group of “Sinai Province,” which has killed two civilians in the past two days and kidnapped another.

The number of civilians being targeted by anonymous militants is on the rise. On Saturday, a number of families inside Al-Arish declared a partial civil strike in opposition to a security operation that killed ten people.