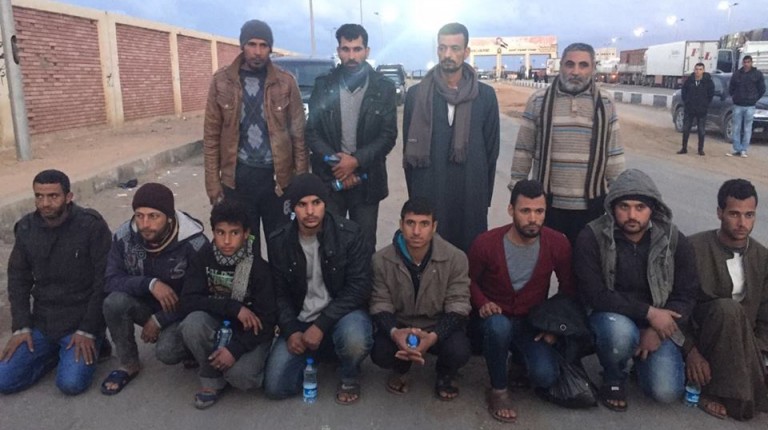 The military spokesperson announced on Tuesday that army forces were able to free 133 Egyptian nationals, who had previously been kidnapped in Libya.

The statement did not give details about the nature of the kidnappers, but described it as “one of the criminal militant gangs” in the region of Ajdabiya, south of Benghazi.

The military added that the families of the kidnapped victims were contacted, and procedures are taking place to secure their return to Egypt.

According to the army, the operation took place in cooperation with the Libyan army.

In the last year, Egypt has hosted meetings and conferences on the Libyan issue and held talks with Libyan politicians and members of parliament.

Several cases have been reported of Egyptians being kidnapped in Libya.

There have been reports about several cases of Egyptian nationals being kidnapped in Libya following the intensification of clashes between the two warring governments in the oil-rich country. The lapse in power structures in Libya has allowed IS-affiliated groups to gain control over large swathes of land.

Egyptians living in Libya have been deemed as potentially in danger since the beheading of 21 Coptic Egyptians by the Islamic State in February 2015, after which Egypt called on its citizens residing there to return. Egypt also issued warnings against travelling to Libya.

Libyan army advances against IS militia