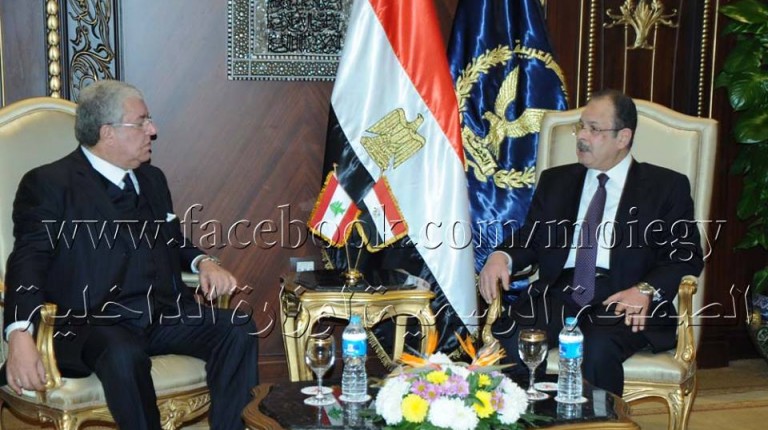 On Monday, the newly elected Lebanese president, Michel Aoun, has arrived in Egypt for his first official visit since his inauguration for the sake of fostering relations with Egypt in all fields, as well as meeting Egyptian President Abdel Fattah Al-Sisi.

El Machnouk and Abdel Ghaffar expressed their intentions to share experiences in the field of security. According to a statement from the ministry, Abdel Ghaffar offered to receive Lebanese officers to attend training sessions in the Egyptian Police Academy.

The two ministers also asserted the need to initiate more coordination in order to counter extremist ideologies, especially considering the rise of violence in the Middle East.

The delegation’s visit was primarily security-oriented. During Al-Sisi’s meeting with his counterpart, he noted that Egypt is in full readiness to support the capabilities of the Lebanese army and its different security apparatuses and that bilateral discussions touched on counterterrorism efforts, the Syrian crisis, and the refugee crisis from which Lebanon is currently suffering.

In return, the Lebanese president noted during his speech that all hopes are pinned on the role that Egypt can play in launching Arab initiatives that execute common counter terrorism strategies.