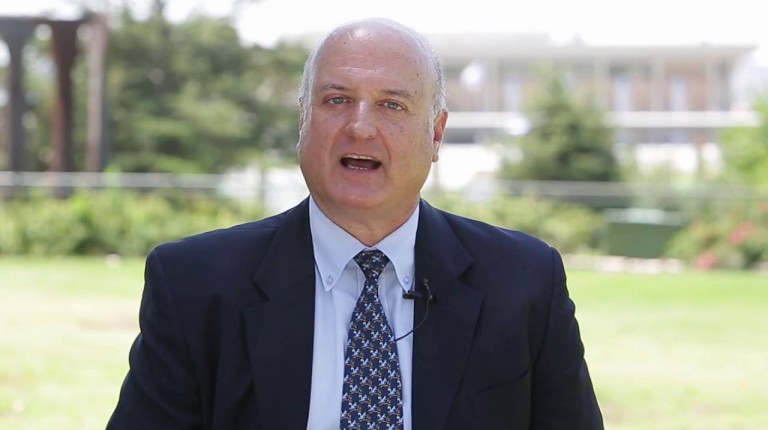 On Tuesday, ambiguity surfaced on the political scene in Egypt regarding the sudden disappearance of Israeli ambassador to Egypt David Govrin, who was reportedly pulled out at the end of last year through a decision of the Israeli government due to security concerns.

According to a report issued inside the UK-based newspaper Telegraph that quoted Israeli officials, Govrin was pulled out of Egypt at the end of last year over security concerns.

The official spokesperson of Israel’s lead security agency Shin Bet asserted to the Telegraph that Govrin was pulled out of Egypt due to security concerns and that he is currently working from Jerusalem, adding that the Israeli government hopes he will be able to return to his position soon.

The prominent Israeli newspaper Yedioth Ahronoth said through its website on Tuesday that the official spokesperson of the Israeli Foreign Affairs Ministry refused to comment on the Telegraph report regarding the withdrawal of the Israeli ambassador from Egypt.

Meanwhile, the Egyptian Foreign Affairs Ministry did not officially comment on the report or respond to several attempts from Daily News Egypt to acquire information on the circulated reports.

However, several local media outlets quoted the assertions of Egyptian Foreign Affairs Ministry’s official spokesperson about his ministry not having any information regarding the circulated reports on the withdrawal of the Israeli ambassador from Egypt.

He added that his ministry has not received any notification from its Israeli counterpart on whether the Israeli ambassador has pulled out or not, or on whether he will return to Egypt.

Govrin had worked at the embassy in Cairo in the 1990s and was appointed as the new ambassador in February, following former ambassador Haim Koren, who had served in office for two years.

Koren had been the pretext for sacking an Egyptian member of parliament (MP). In March, a majority of parliamentary votes supported a decision to expel MP Tawfik Okasha because he had received Koren at his house without prior notification to the parliament.

Diplomatic relations between Israel and Egypt marked a new stage when Shoukry headed to Israel in June 2016 in order to discuss the Israeli-Palestinian peace process, bilateral relations, and regional issues.

At that time, ministry spokesperson Ahmed Abou Zaid said Shoukry will hold extensive discussions with Israeli Prime Minister Benjamin Netanyahu. The Ministry says the visit is important and comes at an important time “following the call by President Abdel Fattah Al-Sisi for reaching an inclusive and just resolution for the Palestinian issue.”

Solving the Israeli-Palestinian conflict will make the peace treaty between Egypt and Israel “warmer,” Al-Sisi said in May 2016, adding that Egypt is ready to mediate an end to the conflict.