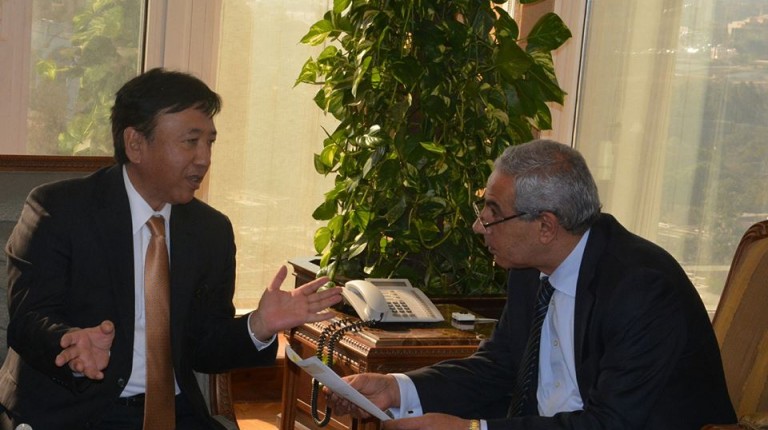 Minister of Trade and Industry Tarek Kabil held a bilateral meeting with Takehiro Kagawa, ambassador of Japan to Egypt, to discuss the means of boosting trade and economic relations between the two countries in the coming period, as well as the status of Japanese companies in Egypt and the challenges encountering them.

Kabil said that many Japanese companies operating in the food industry will visit Cairo on 18 and 19 March to review investment opportunities in the Egyptian market, noting that the visit is also aimed at promoting trade between the two countries in the agricultural and food products sectors.

Moreover, Kabil stressed the government’s keenness on strengthening economic relations between Egypt and east Asian countries, especially after the visit of President Al-Sisi to Japan last year, which has developed a new high for the future of economic relations between the two countries. He also pointed to the need of increasing Japanese investment flow rates to Egypt, as the latter has many promising investment opportunities and incentive packages that boost its competitiveness.

Kabil noted that the Japanese business delegation will meet with members of the Egyptian side in the Egyptian-Japanese Business Council to discuss current and future investment projects between the two countries.

On his part, Kagawa urged the need to enhance the scope of trade and investment cooperation between Egypt and Japan during the next phase, noting that Cairo and Tokyo are linked by distinct bilateral relations that could be translated to projects for economic cooperation in various fields to benefit from the Japanese economic expertise and the huge investment opportunities offered by the Egyptian market.