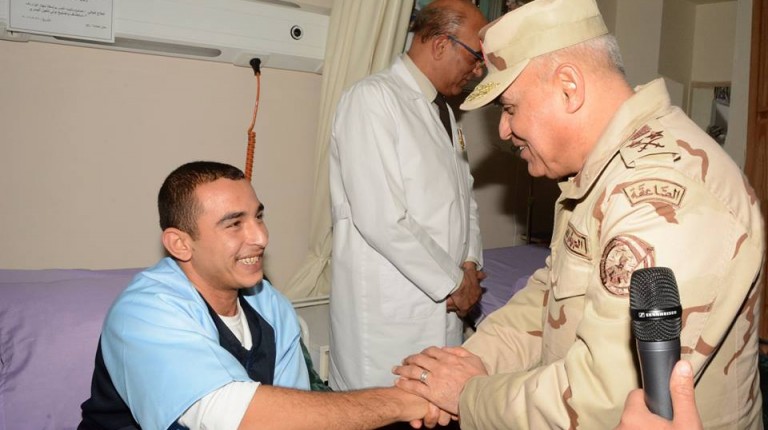 Defence minister Sedki Sobhi paid a visit on Friday to injured army personnel who are currently undergoing treatment in hospitals of the armed forces after having been injured in military operations in North Sinai.

According to a statement from the army’s official spokesperson, the defence minister praised the injured army members for their role in fighting terrorism and asserted that all Egyptians are supporting them.

Meanwhile, three army conscripts were killed on Friday after their armoured vehicle had been hit by an improvised explosive device (IED) while they were taking part in a sweeping operation in central Sinai, a North Sinai based journalist told Daily News Egypt.

“The IED explosion resulted in the injury of a further four conscripts. The armoured vehicle was targeted near Sinai Cement Factory, inside the El Hasna region in central Sinai. The militants remotely detonated the IED after planting it near the armoured vehicle,” he explained.