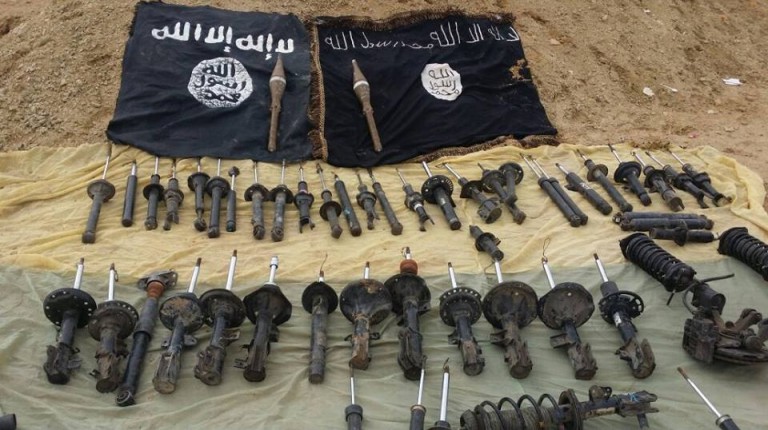 Armed Forces affiliated to the third field army managed to kill three militants and arrest three others in a sweeping operation conducted in the Mount Halal area located in central Sinai, the official army spokesperson said on the official Facebook page.

The sweeping operation, which kicked off its military actions on 15 February and lasted three days, also resulted in the destruction of a cave that was used by militants as a hiding place. It contained huge quantities of improvised explosive devices (IEDs).

The army personnel affiliated to the third armed forces further scorched four residences used by the militants and opened fire on 21 huts that contained means of living for the militants. The operation at Mount Halal resulted in the death of three army conscripts and the injury of another four as a result of the explosion of an IED on a mountain road.

The army spokesperson showed photos of the three killed militants at Mount Halal during the operation that targeted militants believed to be members of IS-affiliated group “Sinai Province.”

Since 2013, state security forces, represented in both the army and the police, have been engaged in violent clashes with Sinai Province, known previously as Ansar Beit Al-Maqdis. In 2014, the group declared its affiliation to IS and has launched deadly attacks on army and police checkpoints.