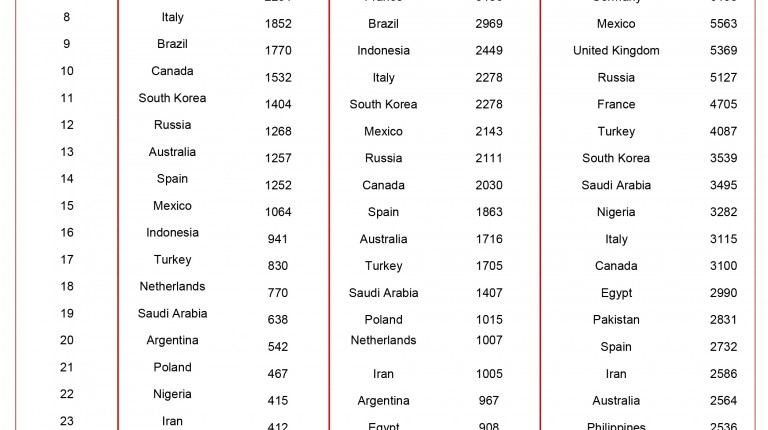 A report by the economics and policy team of PricewaterhouseCoopers (PwC), one of the world’s largest multi-national professional services firms, predicted that Egypt’s economy will surpass Canada’s by 2050.

“By 2050, emerging economies such as Indonesia, Brazil, and Mexico are likely to be larger than the UK and France, while Pakistan and Egypt could overtake Italy and Canada,” said PwC in its report.

The report, titled “The Long View: How will the global economic order change by 2050?” has listed 32 countries using their projected global gross domestic product by purchasing power parity (PPP).

Macroeconomists use PPP to find out the economic productivity and living standards in countries over a certain period of time.

“We project that the world economy could more than double in size by 2050, assuming broadly growth-friendly policies and no major global civilization-threatening catastrophes,” said the report.

However, the report also stated that the world economy will witness a slowdown over the next few decades.

The report explained that this will happen due to advanced economies experiencing a significant decline in their working-age populations.

PwC warns that while emerging countries may benefit from strong population growth, their progress and development will depend on being able to generate enough jobs for youth in their countries.