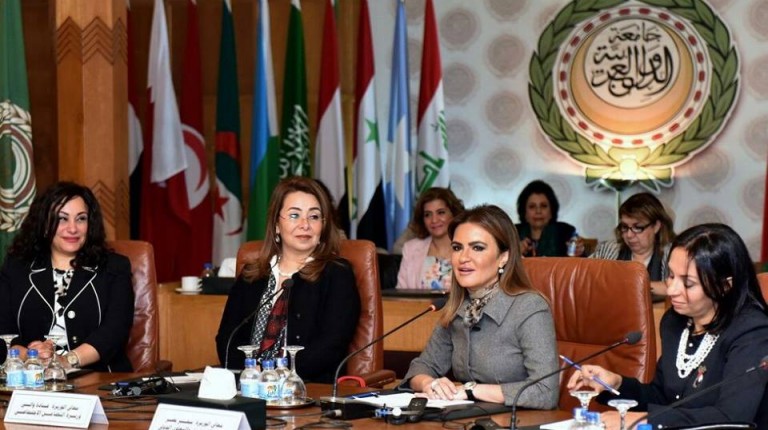 Minister of Investment and International Cooperation Sahar Nasr opened on Sunday the Women Success Partners Conference at the headquarters of the Arab League in Cairo, which was held under the auspices of a number of Egyptian ministries.

Nasr asserted that the political leadership pays special attention to women and works to enable them politically, economically, and socially, as well as provide necessary support.

In support of women, and as a tribute to their significant role, President Abdel Fattah Al-Sisi announced 2017 as the year of women, in addition to carrying out legislative reforms, which basically aim to change societal values and concepts affecting women and to activate their role. These reforms aim to enable women to reach decision-making positions in the state.

Nasr said that the ministry will move quickly to establish a Cairo-based office to facilitate work of Egyptian and Arab businesswomen at the Ministry of Investment and International Cooperation, adding that she is keen to listen to all suggestions and obstacles facing businesswomen to improve the investment climate.

According to Nasr, the Ministry of Investment aims to allocate 50% of the ministry’s funds and grants for women in coordination with development partners.

According to the minister, the Egyptian-Lebanese Higher Committee will hold a March meeting in Cairo, headed by the prime ministers of both countries, adding that she is keen that women will be represented in all joint Arab committees.

The minister pointed out that Egyptian women achieved many success stories in different fields, asserting that the ministry will continue its efforts to enable women to serve the community efficiently through innovative solutions that help women to achieve success in different fields. The minister concluded that the ministry’s efforts will not achieve their goal without the collaboration of Arab women investors.

Nasr, also the head of the National Council for Women, witnessed the signing of a cooperation protocol to sponsor “Forsa Initiative” to meet the needs of the private sector and the labour market. The initiative also aims to support civil society initiatives for the employment of women as well as the cooperation protocols with businesswomen associations in Bahrain, Jordan, and Erbil, the capital governorate of Iraqi Kurdistan.