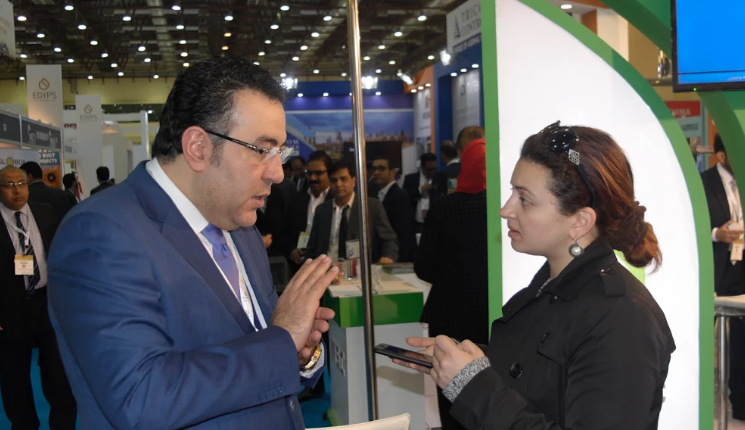 The 2017 Egypt Petroleum Show (EGYPS) Conference concluded its events on 16 January with the presence of prestigious petrochemical, oil, and gas companies. This was the reason the multinational company of Middle East Specialized Cables Company (MESC)—based in Saudi Arabia—along with Al-Mousa Cables, joined the conference.

MESC started in 1994 manufacturing cables and wires; however, it is specialised in the manufacture of the instrumentation cable. It previously imported its products to the Arab Gulf countries, Jordan, Iran, India, and even the United States four or five years ago before situation changed. The company, however, still imports to the Middle East.

A recent joint venture between Al-Mousa Cables in Egypt and MESC occurred aiming to strengthen the position of the latter in North Africa. According to this joint venture, Al-Mousa became MESC’s agent and distributor.

Nasser Abu Al-Haygaa, MESC’s sales general manager, believes that Egypt is the largest market in North Africa, and according to him, “I even expect in Africa.” This is why MESC chose the Egyptian market, through which it aims to expand and reach Libya—in need of reconstruction—Algeria, and also Sudan, where their products are demanded.

“Thanks to Egypt’s strategic location, we can export to North Africa, including Algeria and Libya, and also Sudan. This is our next step: exporting from Egypt to Algeria and Libya is a way easier than from Saudi Arabia to both countries,” he highlighted.

Commenting on Egypt’s current economic situation, Abu Al-Haygaa said, “the quantity of projects done in Egypt is a good sign about the size of its market. As Egypt’s economy is built on a fixed base, I believe that the economy in Egypt will pass this current negative situation.”

In this regard, Hisham Monier, Al-Mousa Cables’ vice-CEO, added, “the instability of currency in any economy is not good. Neither is the continuous instability in the exchange rate. However, I describe what happened in Egypt as exceptional change that will not be happening on a continuous basis.”

Jamal Amer, Al-Mousa Cables’ CEO, added that there is a big demand of their products in Egypt, as many projects are going on, such as the New Administrative Capital and the New Suez Canal.

After being confident under the umbrella of the current situation of the Egyptian economy, MESC and Al-Mousa were also confident about their presence in the market, as Abu Al-Haygaa expressed, “for every industry, there is a competitor; however, we are specialised in one type of cable, and we are the largest one in the Middle East.”

Amer related that it is difficult to market the specific instrumentation cables, so they have technical centers for this mission, and MESC is the leading company in Saudi Arabia in this field for over 20 years. He expects that by the end of 2017, Al-Mousa Cables’ sales will reach EGP 400m.