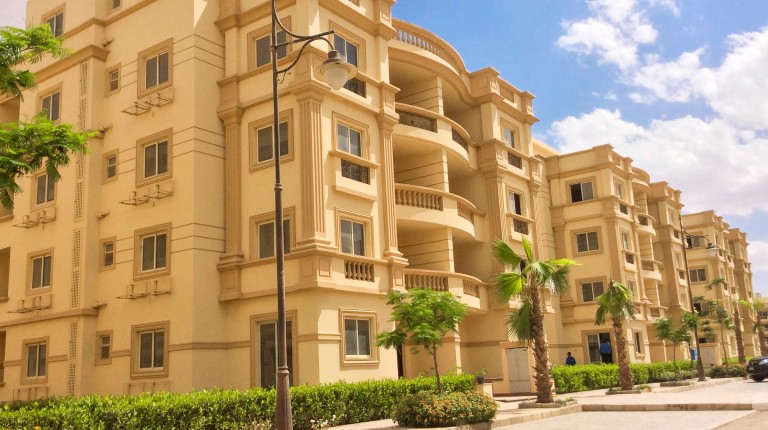 A new wave of price hikes is expected for the lands surrounding Greater Cairo in light of the upcoming launch of another phase of high-class land sales within a plan of the New Urban Communities Authority (NUCA) that aims at selling more land to individuals.

During the last year, the NUCA launched two phases of land offerings for so-called high class land at a cost of up to EGP 5,000 per square metre in New Cairo and Sheikh Zayed, witnessing a high turnout. Some purchasers offered to pay 100% of the value of the land in cash.
Traders in the real estate sector predicted that the new land offering will witness an increase in prices of up to 20%, which will lead to an increase in resale prices as well as in the residential projects developed by companies.

NUCA prepares to launch a new phase of land offerings for individuals, distributed on social housing for middle-income and special and high class segments in a number of new cities, with the possibility of increasing the price per square meter in New Cairo to about EGP 6,000.

The NUCA has offered more than 80,000 pieces of land during 2016, distributed on two draws.

Sources in the Ministry of Housing told Daily News Egypt that the offering of high class lands in the new cities aims to provide a supply of luxury housing units outside of the traditional residential areas.

The sources said that the price increases are “justified” and do not exceed the standard pricing in the sector after the flotation of the pound, which led to rising costs for the construction companies that are providing facilities and executing contracts for the NUCA.
They added that the new offering will offer the same conditions as the previous offering, which included the payment of a reservation deposit of between EGP 150,000 and EGP 350,000.

The sources explained that the mechanisms employed by the NUCA will limit the domination of realtors on the land offerings for individuals, which used to be sold through auctions in the past.

They said that the percentage of realtors is less than 25% of the applicants for the purchase of land, especially in cities experiencing high demand, such as New Cairo, Sheikh Zayed, 6th of October City, El Shorouk, and 10th of Ramadan City.

The NUCA received proposals in the previous offerings to pay 100% of the value of the land in cash in New Cairo, and the authority held a draw among the applicants to determine the winner because of the equal value of the offers.

The sources added that those who offer to pay the total value of the land in cash are actually looking for housing and not trading, in contrary to realtors who pay a reservation deposit and resell the land to small companies or individuals.

A further 7,583 pieces of land were offered in a supplementary offering in four cities, including 6,991 pieces in New Cairo.

The sources added that the NUCA has completed the preparations for the sale of 20,000 pieces of land in a number of new cities that will be posed in the next offering and will be added to social housing.

Some real estate marketers predicted a low turnout of individuals on the next offering of the high class lands in the cities of New Cairo, 6th of October City, and Sheikh Zayed due to high prices of lands and construction materials.

They pointed out that the realtors will compete strongly over the next offering of lands, aiming to resell them for high profits.

Ehab Galal, chairperson of E-homes for Real Estate Marketing, warned of high new real estate prices of the high class lands and the neighbouring plots in New Cairo, 6th of October City, and Sheikh Zayed this year, in case the NUCA increased the sale prices of its lands to more than EGP 5,000.

He said that the Ministry of Housing abandoned its role of supporting citizens and real estate developers and instead opted for achieving profits.

Galal explained that at least 30% of those tending to purchase lands in the aforementioned three cities have instead chosen to buy resale units after the rise in new land prices.

He pointed out that the Ministry of Housing has allowed realtors to increase land prices because it had been unable to prevent them from buying land and resell it at higher prices, therefore pushing prices beyond the ministry’s original ones.

Galal called upon the government to control the prices of cement and iron in the market, which contributes to the increase in unit prices and the low turnout.

Rabea Selem, chairperson of Al Omar for Real Estate, said that the percentage of realtors willing to purchase lands in the NUCA’s next offering of lands for individuals will exceed 40% of the applicants, especially in New Cairo.

He added that a large number of land purchasers aim to achieve high profits and not build housing for themselves, especially after the devaluation of the pound.

Selem pointed out that many people are waiting for the next offering of high class lands due to the high prices of other lands in the cities surrounding Cairo.

He explained that in case the Ministry of Housing increased the prices of its land offering, the purchasers will turn to buy small pieces or form groups of purchasers to buy large pieces of land and build housing units.

The Ministry of Housing has sold investment and service land as well as residential plots worth EGP 22.2bn in 2016, EGP 16bn of which are accounted for by individuals.