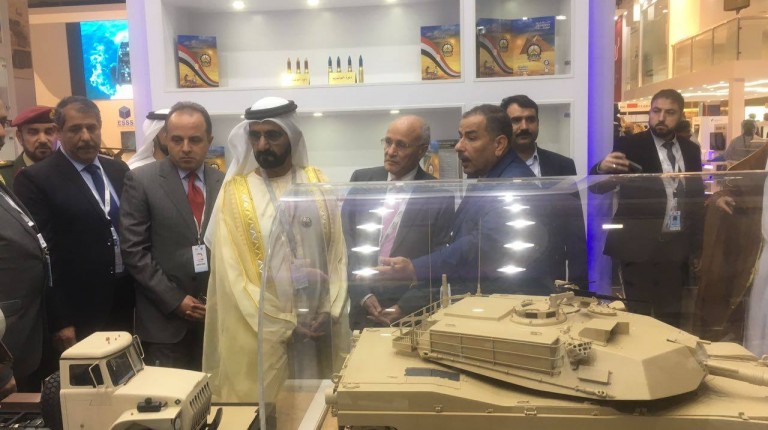 Mohamed Al-Assar, Minister of Military Production, has received Emirati and Russian officials in the ministry’s suite of the IDEX 2017 exhibition. He demonstrated the abilities of defence equipment and Egyptian military products. He also discussed ways Egypt could cooperate with both countries.

During the meeting, Al-Maktoum expressed his delight about Egypt’s Ministry of Military Production participating for the first time in the exhibition. During the exhibition, he also listened to a detailed explanation of the abilities of Egypt’s defence equipment.

Al-Assar discussed with Al-Maktoum the manpower and technological abilities of the Ministry of Military Production and its affiliated companies.

Also on Sunday, Al-Assar also met with Denis Manturov, the Russian minister of trade and industry, where they discussed possible aspects of cooperation between the two countries.

Meanwhile on Monday, Al-Assar met with the chief of staff of the armed forces of the UAE, Hamad Mohammad Thani Al Rumaithi.

For his part, Al Rumaithi praised Egypt’s participation in the exhibition through the ministry, considering it a great chance to strengthen the bond between Egypt and the UAE and stressing the deep-rooted relations between them.

Russia to deliver 50 MiG-29 fighter jets to Egypt no later than 2020: Sputnik