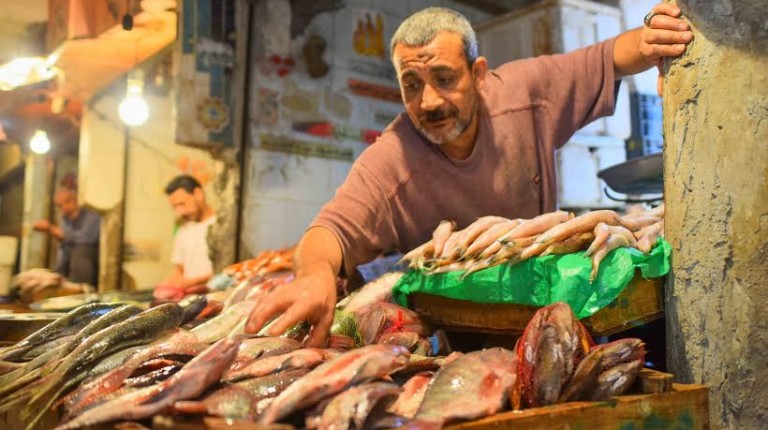 The Central Agency for Public Mobilization and Statistics (CAPMAS) issued today the annual bulletin of fish production Statistics for 2015.

Minister of Agriculture and Land Reclamation Essam Fayed has announced that total fish production is 1,481,882 tonnes annually, pointing out that the Ministry has a plan to develop fisheries in Egypt by increasing fish production, as to meet the domestic consumption and compensate for the shortage of meat.

Fayed added in a press statement a few days ago that this plan relies on the expansion of intensive aquaculture and marine hatchery, noting that the Ministry has already established a marine hatchery in the Kilometre 21 of the Cairo-Alexandria-Matrouh road, financed by an Italian project grant.

He continued that another marine hatchery was created on the coast of Bardawil Lake for high-value fish at a cost of EGP 31m, in addition to 140 sea cages in Mariout valley to produce 700 tonnes of fish.

Finance ministry working to reduce budget deficit to 3-4% by 2021: El-Garhy