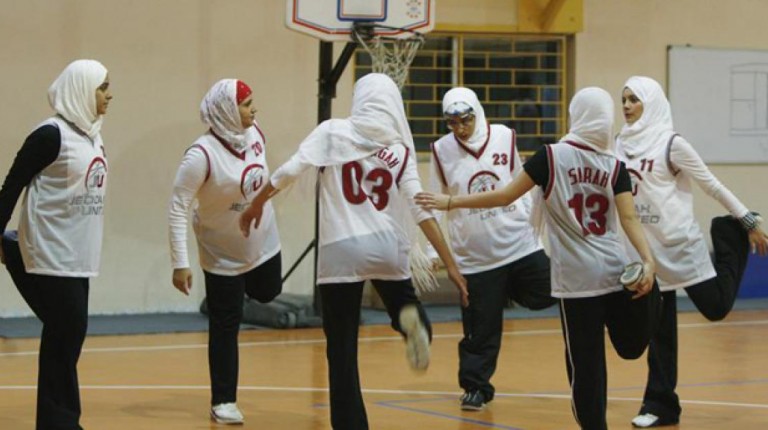 A Saudi decision to license within weeks the kingdom’s first women-only gyms constitutes progress in a country in which women’s rights are severely curtailed. It also lays bare the limitations of Deputy Crown Prince Mohamed bin Salman’s plan for social and economic reforms that would rationalise and diversify the kingdom’s economy.

Restrictions on what activities the gyms will be allowed to offer reflects the power of an ultra-conservative religious establishment and segment of society critical of the long overdue reforms that became inevitable as a result of sharply reduced oil revenues and the need to enhance Saudi competitiveness in a 21st century knowledge-driven global economy.

At least two years in the making, the licensing rules announced by Princess Reema bint Bandar, vice president for women’s affairs of the General Authority of Sports, the kingdom’s sports czar, focus on Prince Mohamed’s plans laid out in a document titled Vision 2030. The plans involve streamlining government expenditure, including public health costs in a country that boasts one of the world’s highest rates of obesity and diabetes.

“It is not my role to convince the society, but my role is limited to opening the doors for our girls to live a healthy lifestyle away from diseases that result from obesity and lack of movement,” Princess Reema said in announcing the licensing.

Princess Reema, the kingdom’s first ever women’s sports official, hopes to open gyms in every district and neighbourhood in the kingdom. The move constitutes progress in a country that has yet to introduce sports in public girls’ schools and has no public facilities for women’s sports.

Commercially run gyms catering primarily to upper and upper-middle class women as well as privately organised women’s sports teams have been operating in the kingdom in a legal nether land for several years.

Princess Reema indicated that gyms would be licensed to focus on activities such as swimming, running, and bodybuilding, but not for sports such as football, volleyball, basketball, and tennis.

The licensing rules are in line with a policy articulated in 2014 by Mohammed al-Mishal, the secretary-general of Saudi Arabia’s Olympic Committee. At the time, Mr. Al-Mishal, responding to pressure by the International Olympic Committee (IOC), said women would only be allowed to compete in disciplines that were “accepted culturally and religiously in Saudi Arabia” and conform to a literal interpretation of the Qur’an. Mr. Al-Mishal identified such sports as equestrian, fencing, shooting, and archery.

They are also in line with unrealistic hopes abandoned several years ago to emphasise individual rather than team sports in a men’s only national sports plan. The idea to de-emphasise team sports was intended to limit the potential of football becoming a venue of anti-government protests as it had in Egypt and elsewhere during the 2011 popular Arab revolts. It proved unrealistic given that Saudi Arabia, like most nations in the region, is football-crazy. Saudi Arabia announced earlier this month that it would privatise five of the kingdom’s top football clubs.

Women’s sports is one litmus test of Saudi Arabia’s ability to tackle its social, political, and economic challenges head on and move forward with Prince Mohammed’s outline of how the government hopes to diversify the economy, streamline its bloated bureaucracy, and safeguard the Al Saud’s grip on power.

Vision 2030 identifies sports “as a mainstay of a healthy and balanced lifestyle and promises to encourage widespread and regular participation in sports and athletic activities.”

The licensing of women’s gyms is occurring even though Vision 2030 made no reference to facilities for women. The document also failed to even implicitly address demands by the IOC and human rights groups that women be allowed to compete freely in all athletic disciplines rather than only ones mentioned in the Qur’an.

The Washington-based Institute of Gulf Affairs, headed by Saudi dissident Ali al-Ahmed, reported in 2014 that up to 74 percent of adults and 40 percent of children are believed to be overweight or obese.

“Women in Saudi Arabia are being killed softly by their government. Not by public executions or brutal rapes and beatings, but by day-to-day restrictions imposed on them by their government … It must be understood that restrictions on women sports and physical activity have nothing to do with culture or religion, but rather, are fuelled by the ruling elite as a means to control the population. As long as the Saudi government continues to claim that such bans are a result of cultural and personal practices, women will continue to suffer a decline in physical and mental health, as well as their social, economic, and political status,” the report asserted.

It said that the restrictions amounted to “an almost completely sedentary lifestyle forced on women by the government through a de facto ban on physical education and sports participation for women that stems from the Wahhabi imperative of ‘keeping women unseen.’”

Saudi media have reported that lack of exposure to sun had led to vitamin D deficiency among 80 percent of Saudi women.

The group noted that Saudi women were denied access to state sports infrastructure and barred from participating in national tournaments and state-organised sports leagues as well as attending men’s national team matches as spectators. Women have difficulty accessing the 150 clubs that are regulated by the general authority, which organises tournaments only for men.

Human Rights Watch called on the Saudi government to demonstrate its sincerity by making physical education for girls mandatory in all state schools; ensuring that women can train to teach physical education in schools; establishing sports federations for women and allows them to compete domestically and internationally; supporting women who want to compete in international sporting competitions on an equal footing with men; and allowing women to attend sporting events involving men’s national teams.

“Saudi authorities need to address gender discrimination in sports, not just because it is required by international human rights law, but because it could have lasting benefits for the health and wellbeing of the next generation of Saudi girls,” Human Rights Watch director of global initiatives Minky Worden said at the time.

Dr. James M. Dorsey is a senior fellow at the S. Rajaratnam School of International Studies, co-director of the University of Würzburg’s Institute for Fan Culture, and the author of The Turbulent World of Middle East Soccer blog, a book with the same title, Comparative Political Transitions between Southeast Asia and the Middle East and North Africa, co-authored with Dr. Teresita Cruz-Del Rosario and a forthcoming book, Shifting Sands, Essays on Sports and Politics in the Middle East and North Africa

Hassan Fahmy ‘the annoying fan’: My dream is to become a singer, I am a camera addict