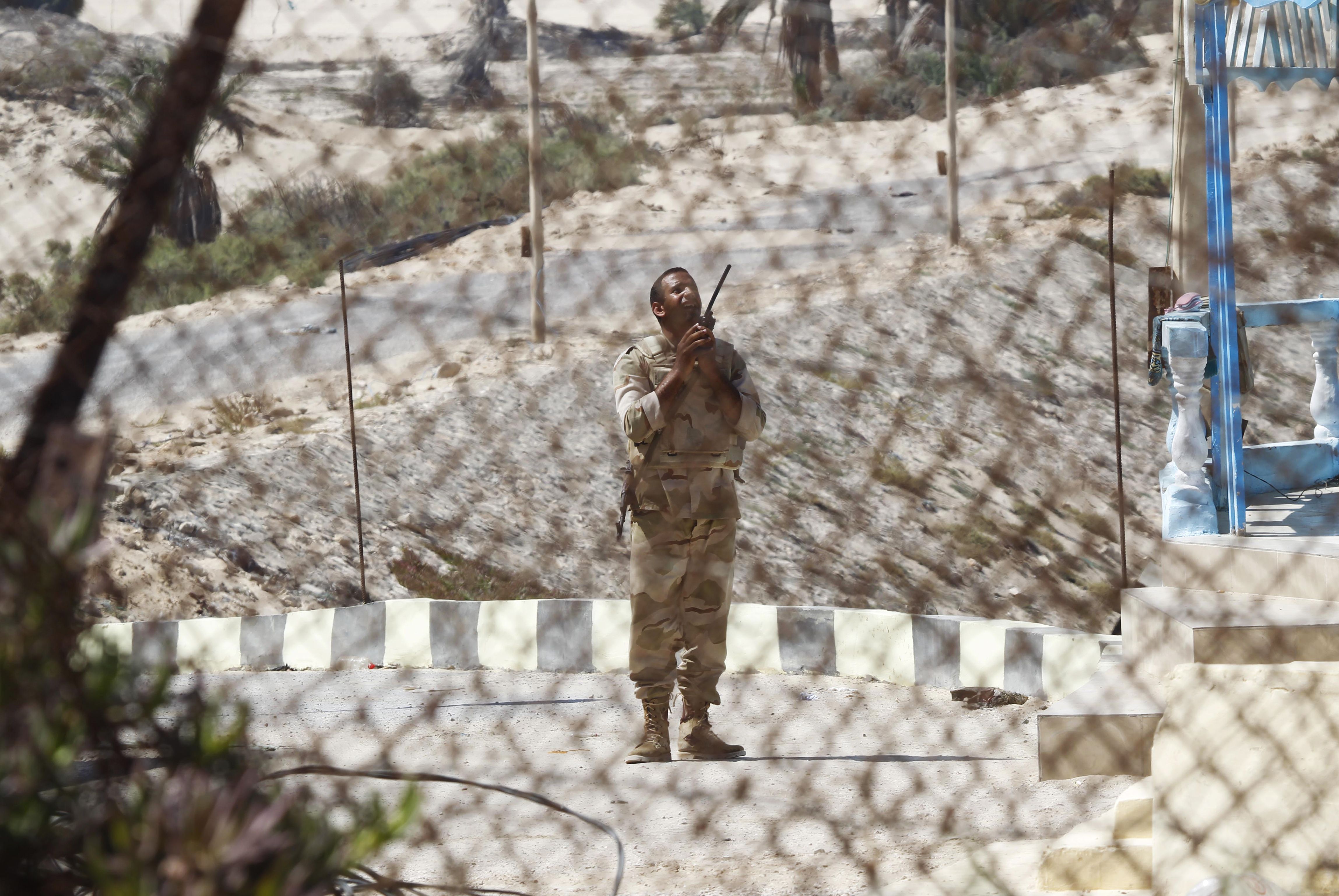 Israeli defence minister Avigdor Liberman said on Monday in a media statement to the Israeli Defence Forces’ (IDF) radio that Israel’s army does not let anything happen without a response, in reference to the two rockets recently fired from Sinai.

Liberman was also quoted saying “I guess Lichtenstein’s special forces liquidated a few ISIS terrorists in Sinai yesterday and the day before that.” A remark which could be interpreted as either a sarcastic remark or a confirmation of Israeli attacks in Sinai.

Meanwhile, the IS-affiliated news agency of “Ammaq” declared on Monday that five civilians had been killed in a strike executed by an Israeli drone against a vehicle inside a village located south of the North Sinai city of Rafah.

It was clear that Liberman’s allusion was a response to the recent rocket attack launched from Sinai towards Israeli territories. The minister further noted that IS in Sinai does not represent a serious threat to Israel’s security and that it only slightly disrupts it, asserting that it cannot be compared to the threats posed by the Gaza-based movement of Hamas and the Lebanon-based Hezbollah.

Recently, the IS-affiliated group of “Sinai Province” claimed responsibility for launching missiles at Israel, which came down in southern Israel and caused no injuries or deaths.

“A while back, two rockets have been launched from Sinai towards Israel, both coming down in an open area in the regional council [district] of the city of Ashkelon without causing any injuries or deaths,” a Facebook statement issued by IDF spokesperson Avichay Adraee said.

In response to the statements from Liberman, a former undersecretary of the Egyptian General Intelligence Apparatus (Al Mukhabarat al A’amah) Hatem Bashat told Daily News Egypt on Tuesday that Liberman’s statements, that carry a hint of military response to the fired rockets from Sinai, are “meaningless” and have nothing to do with reality.

“If any fighter or drone tried to penetrate the Egyptian border, it will be downed by the Egyptian Air Defence. The discourse of Israeli drones hovering over Sinai are part of IS propaganda aiming to allege that there is an absence of Egyptian sovereignty over the peninsula,” he added.

Bashat asserted that Israel will not be able to respond to the rockets fired from Sinai against its territories because of the peace treaty signed in 1979. Moreover, Egypt will not allow such a course of action, he added.

Regarding the news circulating through social media outlets about the occurrence of several air strikes against civilians in North Sinai by drones, Bashat noted that IS owns drones in Syria and Iraq; however, it is difficult to find these drones in Sinai as a result of the Egyptian army’s total control over the area.

Is Hamas separating itself from the Brotherhood?