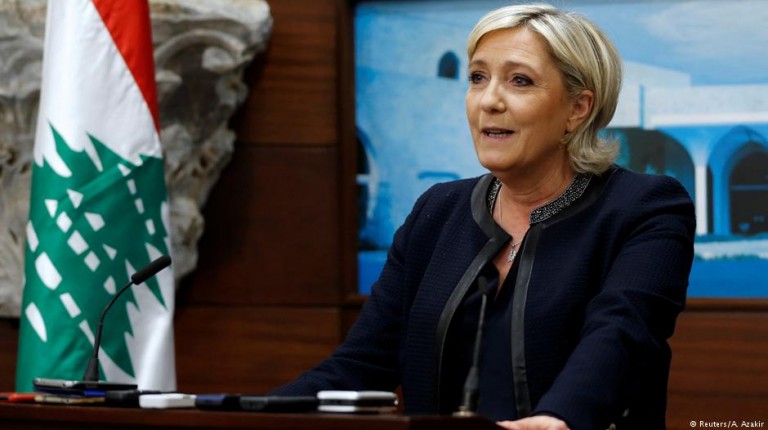 French presidential candidate Marine Le Pen has cancelled a meeting with Lebanon’s Grand Mufti. The far-right leader refused to wear a headscarf for the tete-a-tete with one of the country’s foremost religious figures.The National Front (FN) party leader was on a three-day visit to Lebanon to bolster her credentials as a presidential candidate when she walked out of a meeting with one of the country’s foremost religious leaders before it started.

Shortly after arriving at Grand Mufti Sheikh Abdel-Latif Derian’s office, an aide tried to give Marine Le Pen a headscarf to put on, which she immediately refused to wear. According to the Associated Press, she was thereupon told that customs were different in Lebanon, prompting Le Pen to walk back to her car and leave.

“You can pass on my respects to the Grand Mufti, but I will not cover myself up,” Le Pen told reporters. She reportedly added that she had met in the past with the grand mufti of Egypt’s Al Azhar, one of the world’s top Sunni clerics, without having to wear a veil.

The press office for the grand mufti meanwhile said that Le Pen’s aides had been informed beforehand of their requirement for her to wear a head covering for the meeting. The statement further remarked that “(t)he mufti’s office regrets this inappropriate behavior in such meetings.”

During her visit to Lebanon, France’s far-right presidential candidate is also scheduled to meet with Lebanese right-wing Christian party leader Samir Geagea and with the Maronite Christian patriarch.

Le Pen’s refusal to wear the head covering is far from unique: Many other female politicians from around the globe including Angela Merkel, Ursula von der Leyen, Hillary Clinton and former US First Ladies Laura Bush and Michelle Obama all refused to wear veils on diplomatic visits to Saudi Arabia, where every female who lives there is required to have her head and body covered in public.

A group of female Swedish officials came under criticism last week for wearing headscarves during a visit to Iran.