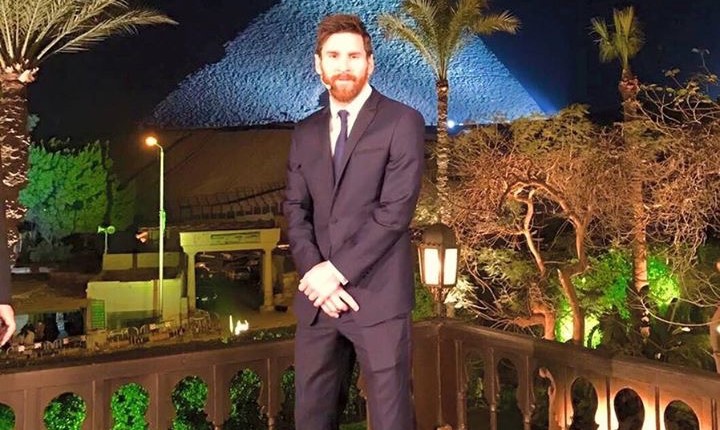 Supported by the Egyptian ministries of tourism and aviation, Prime Pharma started a campaign titled “Tour n’ Cure” to promote tourism treatment in Egypt, with Messi being chosen as ambassador for the campaign worldwide.

His visit to Egypt was supposed to occur in December, but was postponed after the deadly bombing of St. Peter and St. Paul’s Church, which took place on 11 December.

The visit was then scheduled to take place on 15 February, but was again postponed a day before the expected visit—after FC Barcelona lost to Paris SG 4-0 in the 2017 Champions League.

Finally, the visit took place on 21 February, which started with Messi touring the Pyramids, where he had a photo session to promote the campaign.

Afterwards, the football star headed to the Mena House Hotel, from where he launched the campaign.

During the event, an auction for a Messi T-shirt took place, in order to raise funds for treating a number of Egyptian patients who suffer from Hepatitis C.