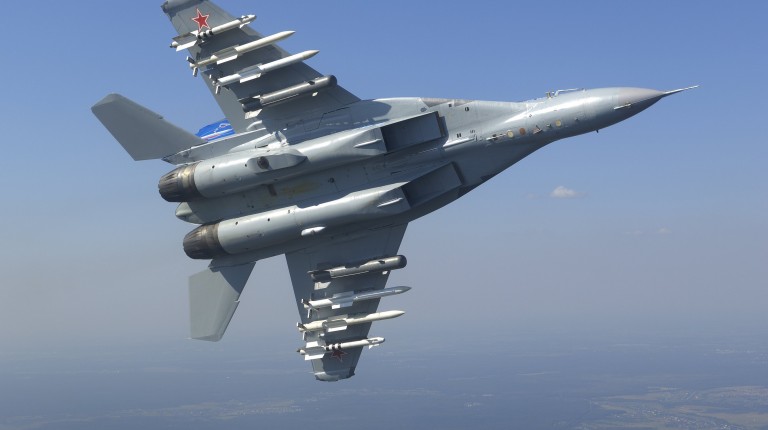 The delivery of the fighter jets will happen with the timing agreed upon between Egypt and Russia, which is specified in the importing contract that has been signed between both countries during the visit of Russian president Vladimir Putin to Egypt in February 2014, Frolkin said during the International Defense Exhibition and Conference (IDEX) held in UAE.

According to the Russian state-run news agency Sputnik, Russia will provide Egypt with 50 Mikoyan MiG-29 fighter jets no later than 2020, following the end of manufacturing the jets.

In response to Frolkin’s statements, a source from the Egyptian armed forces media office told Daily News Egypt—on condition of anonymity—on Tuesday that there is no official statement until now regarding the agreement or even the delivery timing.

In August 2016, Russia delivered a Molniya RKA-32 Corvette to Egypt, which the military spokesperson said was received as a present from Russia.

The army held a ceremony at the naval base in Alexandria, raising the flag on the warship in the presence of a Russian military delegation headed by rear admiral Igor Smolyak, commander of the Leningrad naval base.

According to a statement issued at that time on the military spokesperson’s official Facebook page, an Egyptian team was provided specialised training to use the vessel, which highlighted extended cooperation between Egypt and Russia. The spokesperson added that Egypt wishes to gain more military expertise for its crew.

Following turbulence with the US after the ouster of former Islamist president Mohamed Morsi, Russia became one of Egypt’s main arms deal partners, in an attempt from the Egyptian government to diversify armament sources.