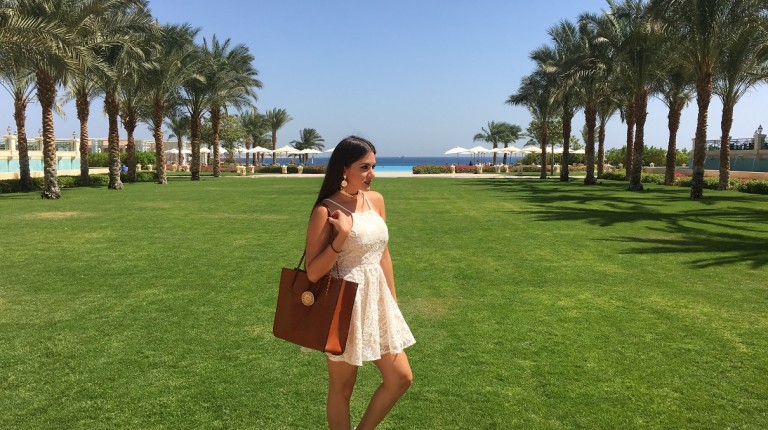 Gathering in the heart of Garden City, many dance professionals and enthusiasts met for a static night, all about humanity’s most animated form of expression. The last day of the contemporary dance festival, 5 Ra2s, by Cairo Contemporary Dance Center (CCDC) took Cairo’s community of dancers to ROOM art space for a movie screening and a following talk.

The cosy night revolved around a projector screen, which saw the unfolding of the stories of “The Man Behind the Throne.” The documentary movie narrated the day-to-day thoughts of one of the world’s most prominent dance choreographers: Vincent Paterson.

The movie was directed by Kersti Grunditz Brennan and was screened for the first time in Sweden in January 2013. Meanwhile, the movie’s first screening in Egypt was at ROOM earlier this week.

“I chose this movie out of an endless list; however, the choice was made within the given context we were trying to focus on, opening up the whole range of the dance world. We do not want to limit dance to its contemporary form; we want to show that it is spreading around us in much richer forms than we think,” said Karima Mansour, founder and artistic director of CCDC.

Known for his work with pop legends such as Michael Jackson and Madonna, Paterson is solid proof that diversity is key in the field of dance. The movie’s main message is to face the threat of self-destructive fame as well as to put all types of dance on one level—without stigmatising commercial dance.

“ROOM, among our other partners such as Zigzag and Zawya, is a very important space in the independent scene. I think that it is crucial for us to collaborate with such entities and to help and support each other; to be able to make use of what each can each offer to the other,” said Mansour.

During the festival, CCDC collaborated with quite a few local art destinations to showcase the different aspects of dancing. ROOM is notoriously known for hosting local and international gems from different forms of art. The small space includes a coffee shop, a library, a space for musicians, and a projector for unique movie screenings.

“Our collaboration gives us the opportunity to expand our audience and reach out to different segments of spectators,” said Mansour.

Having said that—after a week of diverse entertainment and informative talks—the first season of 5 Ra2s was rapidly over. Even though an upcoming second season is still more a request from the festival’s crowd rather than an announcement from the organisers, 5 Ra2s already seems to position itself as a prominent event in Egypt’s independent art scene.

According to Mansour, the last day was not only about celebrating the festival, but also an opportunity to celebrate the centre’s overall achievements.

“We are celebrating five years of Cairo Contemporary Dance Center; that, in itself, is a major achievement. We made it for a good five years; it is a milestone that deserves celebration,” said Mansour passionately.

Furthermore, she was also fond of the fact that they have reached the graduation ceremony of the centre’s first students, who are already working in the field now but still remain connected to CCDC.

“We just had our very first festival, and it happened, and it worked. It was on a very big scale with a lot of collaborations and support. This is another step to think of in terms of realising the importance of going down that road and continuing regardless of all the obstacles and difficulties,” said Mansour joyously.