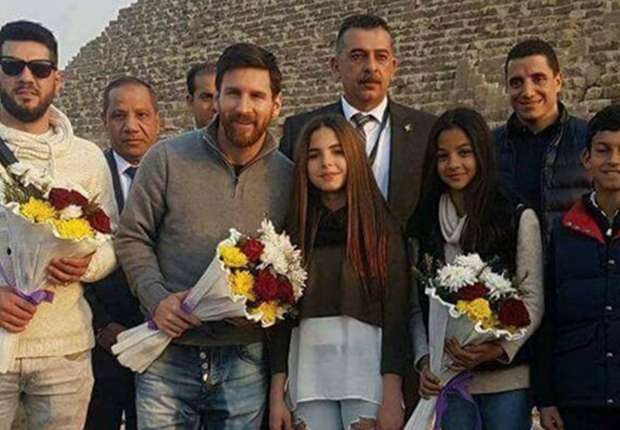 Prime Pharma is the company which organised the campaign, which primarily aims to motivate patients of Hepatitis C worldwide to consider treatment in Egypt.

After arriving in Egypt, Messi headed to the Pyramids, which he toured in the afternoon. Furthermore, a photo shoot for the campaign took place there.

After his visit there, he went to launch the campaign at the Mena House Hotel, where several prestigious figures attended.

On Wednesday, international newspapers and news websites focused on the news, including the “Daily Mail”, which wrote about the visit under the title “Lionel Messi takes a break from Barcelona troubles with trip to Egypt.”

The Daily Mail explained that the football star is supporting a campaign that aims to fight Hepatitis C, as well as promoting tourism to Egypt. The country offers efficient and relatively cheap treatment of the virus.

In addition to English newspapers and websites, Spanish ones also focused on the visit, including “La Vanguardia” and “El Mundo Deportivo.”

It seems that the presence of Messi achieved its goals, as Egypt managed to portray itself as a safe country. It was also promoted as a country that is efficiently able to treat patients with Hepatitis C.