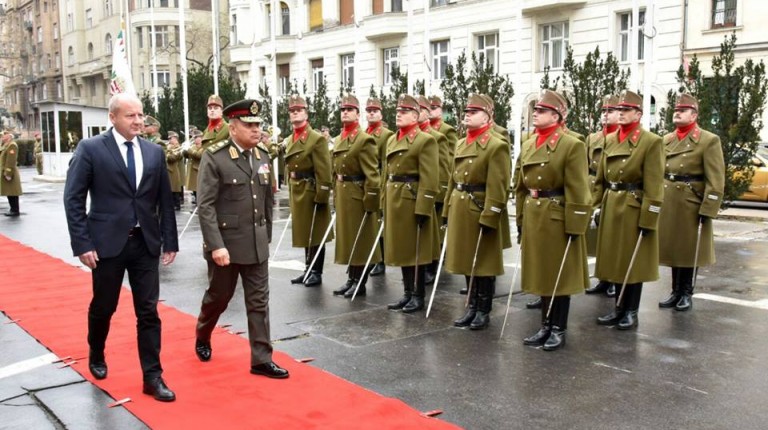 Egyptian Minister of Defence Sedki Sobhi held talks on Wednesday with his Hungarian counterpart, István Simicskó, in Budapest during an official visit paid by Sobhi to Hungary, the offical army spokesperson said in a Facebook statement.

Both ministers discussed deepening bilateral military relations and defence industry cooperation, as well as security policy issues, including the migration crisis and the fight against terrorism. They agreed that cooperation is a “common interest” for the two countries.

Earlier, in July 2016, Egyptian President Abdel Fattah Al-Sisi held a meeting with the Hungarian prime minister Viktor Orbán to boost bilateral relations. They discussed ways to improve the relations between Egypt and Hungary, especially in the fields of economics and investments.

Both sides signed five memoranda of understanding (MOU) in various fields, such as water resources and agriculture.

At that time, the Hungarian side pledged to fund and import 700 train carriages for the Egyptian railway. The Egyptian minister of defence also signed an MOU with his Hungarian counterpart to boost military cooperation.