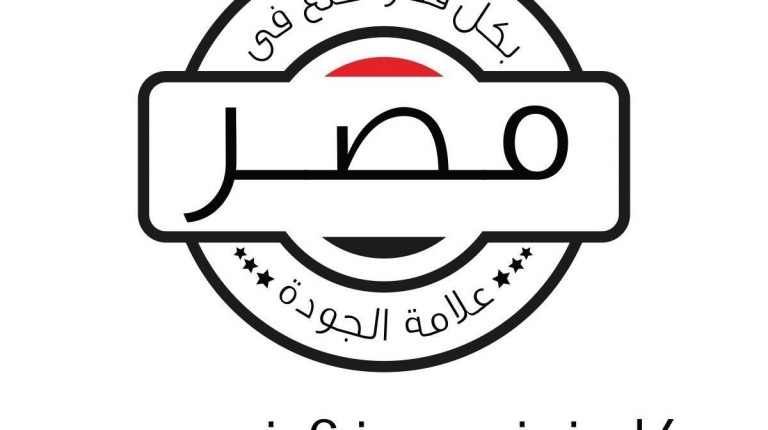 The drastic increase of prices in Egypt has led low- and middle-class Egyptians to cut off on the price of some of the meals and imported products they consume.

However, the Egyptian market has been a saviour to some of these people as they have found local alternatives to their imported products. An Egyptian campaign called “Proudly Made in Egypt” was launched by Egypt’s Minister of Industry and Foreign Trade Tarek Kabil in August 2016 to encourage local production, aiming to increase Egyptians’ reliance on local products.

The campaign’s aim was to introduce Egyptian consumers to locally manufactured, high-quality products in which it has succeeded.

Menna Mohamed, 25, a high-school teacher and recent university graduate, has heard of the Egyptian products she uses—as alternatives to the now over-priced imported ones—through the “Proudly Made in Egypt” Facebook group.

“Prior to the last few months, I had never used an Egyptian skincare product on my face,” Mohamed said.

“I approach everything that has to do with beauty and skincare with caution, in fear of ruining my skin,” she added.

Mohamed said that she was pleasantly surprised when she tried Eva, an Egyptian product. “I like it more than some of my favourite imported skincare products. Their makeup remover is excellent and so are some of their lotions,” she explained.

“I used to buy everything concerned with the house imported,” said Dalia Adel, 48, “but now, with a little bit of research, I discovered some wonderful Egyptian-made products.”

According to the Observatory of Economic Complexity (OEC), Egypt has exported $33.2bn and imported $82.4bn in 2014, resulting in a negative balance of $49.2bn.

Egyptians are looking to save money with the rise of prices; therefore, some may not look too much into the quality of products they’re buying anymore.

However, Adel said that, “more often than not, the quality is incredible.”

Adel said she has tried Oxi, an Egyptian detergent that she bought to replace Ariel, and didn’t feel a difference except in the money she saved.

“I realised many of our local products are of high quality, but with our obsession with foreign products, we turned a blind eye to Egyptian ones,” said Adel.

Adel listed some of the local products she started buying instead of imported ones: Moltobella instead of Nutella, Bonjorno instead of Nescafé, Renol instead of Dettol, and Dreem products instead of Betty Crocker and Hershey’s, as well as BiscoMisr products. 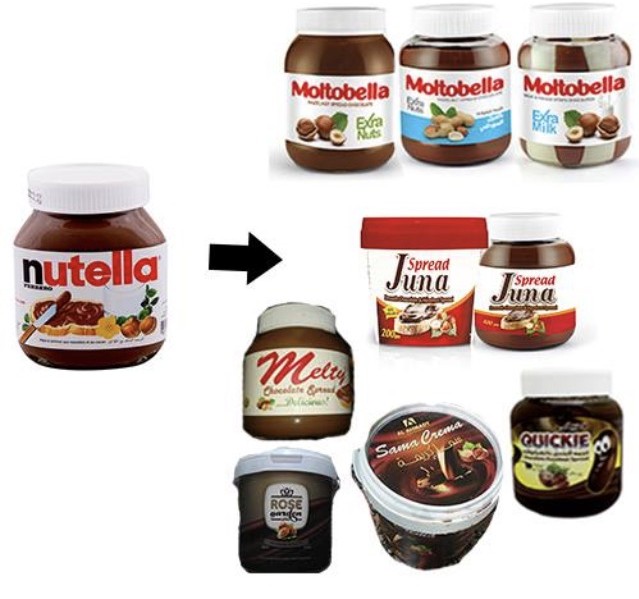 Moltobella is made by the Egyptian chocolate-spread maker Swifax, which, according to Reuters, “has doubled its sales and is struggling to keep up with demand since the pound currency dived in November, forcing shoppers traditionally ‘obsessed with everything foreign’ to ditch pricy imports and buy local.”

“The bonanza began when Egypt abandoned its peg of 8.8 pounds to the dollar on November 8 [2016]. Since then, the currency has roughly halved in value to around 17.75,” said Reuters.

According to Trading Economics, Egypt’s inflation rate has been on the rise and reached over 28%.

The pound’s flotation and the increase in tariffs on over 300 imported products have hit the importers hard, but have been a boon for domestic manufacturers like Swifax.

Swifax’s commercial director Mohamed El-Gammal told Reuters that people are changing their habits, and that their company would sell more if it didn’t have problems with their capacity.

Mostafa Sayed Salam, chief executive at Covertina, another chocolate-maker, also told Reuters that their business is booming and that it has become hard for importers to sell their chocolate at the old prices, which resulted in Covertina’s production rising 19% in 2016 from the year before.

“I tried the Vatika egg and honey shampoo, and I honestly loved it more than my favourite Kérastase shampoo,” said Nada Younis.

“It made a huge difference with my hair, and I was pleased to discover that it’s Egyptian down to its core,” she added.

Mohamed, Adel, and Younis said that they are all members of a Facebook group called “sunea be fakhr fe misr,” Arabic for “proudly made in Egypt,” which has almost half a million members that ask for and share alternative local products for imported ones. 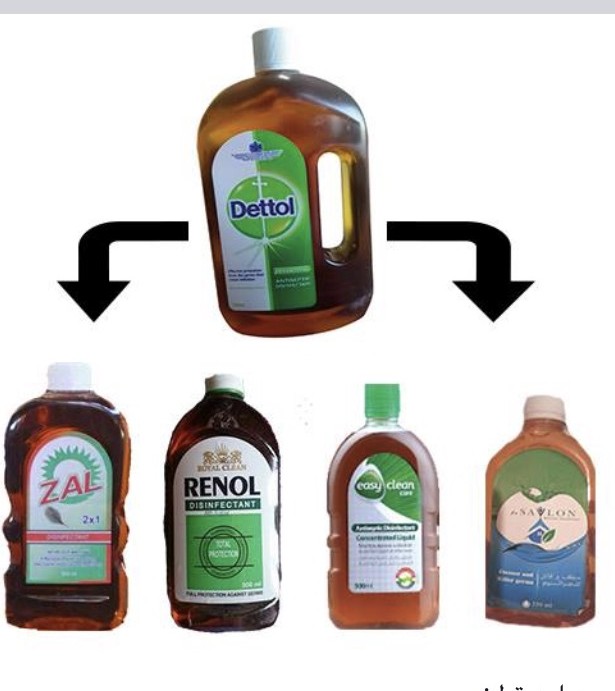 They spoke of another Facebook page with the same concept and similar name called “Proudly Made in Egypt,” which has over one hundred and seventy thousand likes.

Both the public group and page promote local Egyptian products, encourage Egyptians to consume them, and introduce products to the members who don’t know them and are looking to save money yet maintain the quality of their products.

One of the group members writing under the name Shima Saleh posted a photo of eight local products she purchased, captioned, “I purchased these family [products] from the Nile Company for oils and detergents. […] All for 100 pounds only.”

A Facebook user under the name Farah Elkhamissy shared her experience on a public Facebook group called “Supermatip” that is created for people to share supermarket tips so that the consumer can make informed decisions by comparing quality and pricing of similar products.

“I have always been a firm believer that nothing could replace Nutella,” wrote Elkhamissy, “but after the devaluation of the pound, I had to rethink my relationship [with Nutella].”

Elkhamissy shared prices of five local Nutella competitors and asked other members to share their experience.

On the other hand, it wasn’t long before local medications too began to disappear off pharmacy shelves following the shortage of imported medicine.

Egyptian Health Minister Ahmed Emad El-Din Rady said in a press release in November 2016 that there are 146 medicines with no available alternatives in the local market.

Imported medicines have doubled in prices, becoming unaffordable to many low-income patients.

Not only have imported medicines increased dramatically in price, but they also disappeared from many pharmacy shelves.

As a result of the shortage and people’s inability to purchase medicine due to high prices, a Twitter account under the name @twiter_pharmac was created in October 2016 to allow donations of excess medications to those who are unable to afford or find them due to the high prices or shortage in pharmacies.

The account’s ‘bio’ on Twitter says “all medicines up for donations are on the timeline. From one person to another we’ll help each other. We ask for nothing in return. We do not sell or buy; our goal is to help those unable to purchase and to search with those able.” 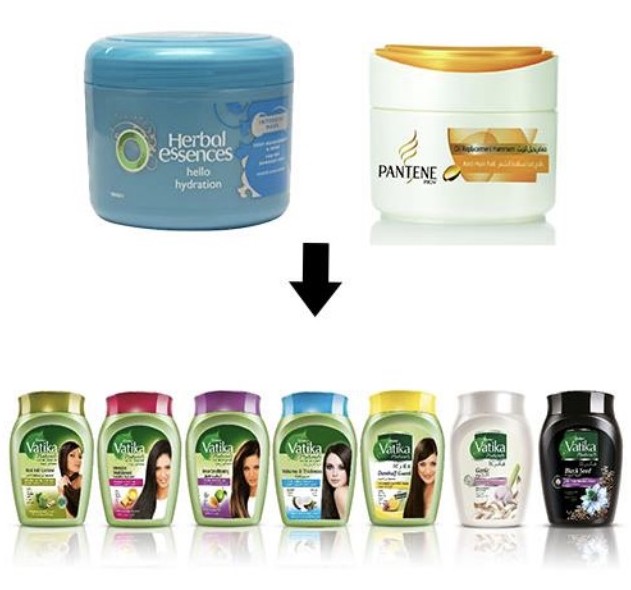 A pharmacist at Misr Pharmacy who chose not to be identified said that, currently, there is a shortage of both imported and local medicines.

“Local medicines have disappeared off the shelves, too, because the components they use to make them are imported and have increased in prices,” she added.

A government official told Reuters earlier this month that the deficit had narrowed by 17.4% compared with 2015.

“Local producers used to be unable to compete, but now is the right time to go in to compete against imported goods due to the price advantage after the dollar rises,” he added.

The increase in prices has affected the lower and middle class in multiple sectors, and more often than not, many of these sectors overlap.

This has resulted in a major burden being placed on Egyptian families, pushing them to purchase locally manufactured products and ultimately driving Egyptian manufacturing and the economy.

In favour of the Egyptian market, the dramatic increase in imports has introduced Egyptians to local products—equally as good as imported ones—that they previously turned a blind eye to.