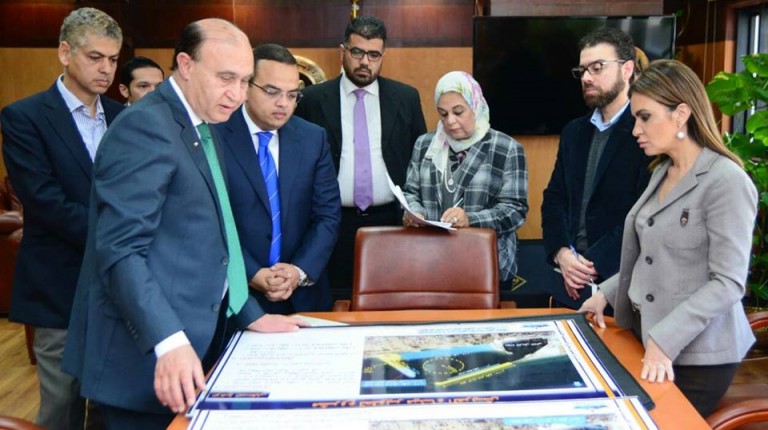 Minister of International Cooperation and Investment Sahar Nasr held a meeting with the head of the Suez Canal Authority, Mohab Mamish, to discuss the process of developing sea ports in the area of the Suez Canal, according to a press release issued on Sunday.

Both sides discussed the possible opportunities of benefiting from the ports, as well as the marketing plan, which is set to attract investments to the area and establish a lot of projects.

The minister said that the plans of attracting investments to the area are based on orders from President Abdel Fattah Al-Sisi.

Also during the meeting, Mamish showcased the process of developing six ports in the area that include ports in Port Said, Ain Sokhna, El Tor and El Adabiya, which will help all of these areas to develop and attract new investments.

“Developing the area will raise the rate of services in all of these ports to the global rates,” Mamish said, according to the statement.

Moreover, Nasr said that the ministry is planning for measures that improve the investments in the area, adding that developing the ports is a main step in the ministry’s plan.

It’s worth mentioning that establishing an economic area for the Suez Canal area was one of the main projects proposed by Al-Sisi that aim at improve the country’s economy.